A Reminder of Why UVa Needs the Jefferson Council…

Hosted by UVa’s Division of Diversity, Equity, and Inclusion: 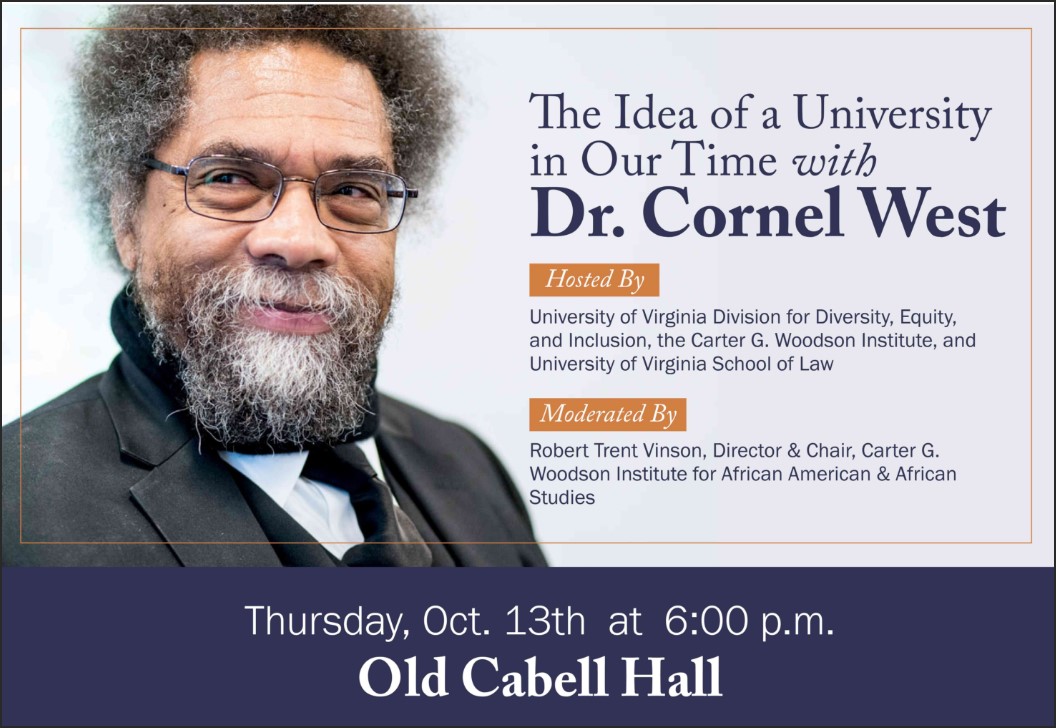 Here are some other suggestions for the Division of DEI:

Haha! There will be blizzards in Hades before UVa invites any of these leading lights. Your donations to the Jefferson Council will help us bring conservative speakers — such as conservative African-Americans such as Mia Love, who spoke last year — to Mr. Jefferson’s University.

My list was exclusively conservative African-American thinkers, politicians and activists. But Douglas Murray and Heather MacDonald would be awesome, too!

Bless your hearts, a student organization can invite anyone anytime if you raise the money and do the work.

And UVA, sitting on top of $14 billion, pays for this, but why should a “student organization” have to pay money for an alternate view? Shouldn’t UVA fund a view in opposition to West if it funds West? Isn’t a university supposed to promote thought? To expose viewpoints? Bless your heart right back!

And I forgot Magatte Wade! We saw her at Freedom Fest and she is terrific.