Board of Visitors Discusses Rollout of “Living Honor” Campaign 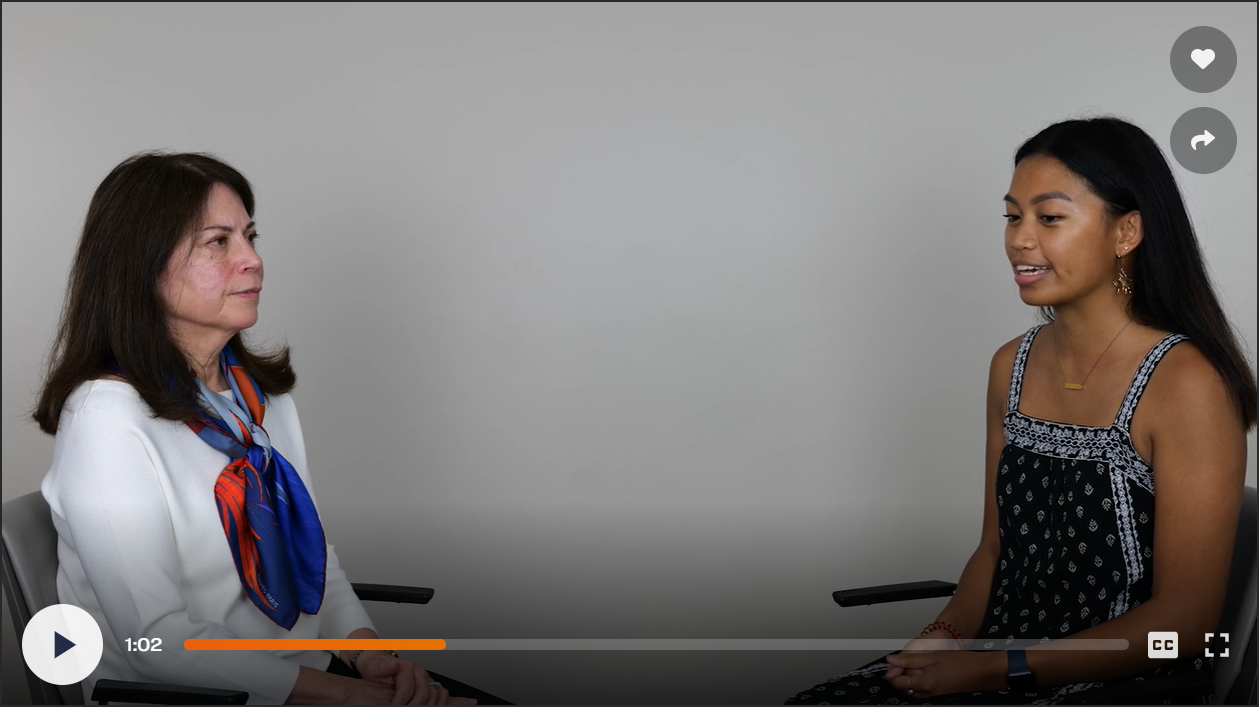 Image from the Living Honor video.

The University of Virginia Alumni Association presented an overview to the Board of Visitors last week of its “Living Honor” marketing campaign. The initiative, proposed by President Jim Ryan and Rector Whitt Clement, is designed to aid students and alumni in learning about Honor and its role at the University following a student vote last year to reduce the single sanction for honor offenses from expulsion to a two-semester leave of absence.

The goal, according to alumni association President Lily West and Chief Marketing Officer Susan Klobuchar, is to build greater understanding of the Honor system and to engage members of the university community in a conversation about honor. The centerpiece is a website, Living Honor, which features video clips of students and alumni describing what the Honor system means to them.

The campaign kicked off in August, and a teaser video (shown above) was presented at the Honor Convocation in August. Additionally, the alumni association has provided an “partner toolkit” for faculty.

The concept of “honor” has changed as society has changed. What was evident from the presentation and the video clips is that the justification has shifted from the ideal of honor as a personal virtue to honor as a means to create a “community of trust.”

As Rector Whitt Clement put it, “community of trust” polls very high. The honor system is seen as an “enforcement tool” to create that community.

The new spin on the honor system, West said, “reflects the realities of today. We have to start with the value.” UVa, she added, “is a very different institution than when the honor system was created.”

One step closer to defining “honor” as “that which fulfills my personal truth.”

Students inclined to cheat will more likely do so with a 2 semester break rather than expulsion if caught. This puts honorable students at a disadvantage since they will now compete with cheaters.

Lying is no longer lying. In my world “community”, I do not trust anyone who lies. Period. They are removed from my circle of friends immediately.

This is moral relativism personified. Perhaps the new paradigm should be Bill Clinton’s marvelous dodge and weave quote “It depends on what your definition of is is.”

With more than 40 years in the Financial Services Industry, being recognized as a UVA alum projected that I not only had a certain level of competence, but having graduated from an institution with such a strict Honor Code, my integrity was taken as a given. I hope that this will it be watered down as the University adapts. Honor and integrity are absolutes. Like pregnancy you either have Honor or you don’t.

Amen. The degree was a badge of honor. You’d think that even the crass and opportunistic could see that.

I find this disheartening. Is it even feasible to be an honorable community when members who don’t demonstrate honorable behavior are allowed to remain a part of it? This is of the same vein as no longer challenging students to grapple with divergent concepts as a means of learning how to think, rather than what to think. When was it that we lowered our standards of education to accommodate those who found them too difficult?

So is it honorable to tell alumnus they are not welcome to speak on grounds without risk of a trespass warning?

It is hard for students to have honor when the leaders don’t.
Jim Ryan is lying when he says he unequivocally supports free speech.
I can only conclude the BOV was lying in June 2021 when it trumpeted that it unequivocally supported free speech.
(I can do other issues, but let’s stick to this one for now)
In the America I grew up in, even if we don’t know who said it, everyone knew – “I disagree with everything you say, but I will defend to the end your right to say it.”
The attempts to cancel Bert Ellis are Marxist, Alinskyite and un-American. Period.
Cancellation must be denounced. It will not be, because Jim and the 95% of faculty who are apparently in lockstep (per FEC donation records) are fully bought in – Marxist tactics – direct action – lying… all are good when done by them to advance their cause (the acquisition and retention of power).
Jim Ryan won’t denounce because he knows it would be the end of his academic dreams (to be president of an Ivy, after ruining UVA), and THAT is the problem. If the President of a University that is supposed to “follow truth wherever it may lead” cannot denounce the Alinsky tactic of cancellation, then he should not be the President of the University of Virginia.
Unequivocal BOV – where are you? Can you prove you are something besides political hacks? Remember, your first duty – per State law – is to the Commonwealth of Virginia.

I also find it particularly hypocritical that the 13 Northam BOV members remain silent while Bert Ellis is unfairly attacked, perhaps libeled, and they were appointed by Blackface Ralph, who was being a racist in 1984 and years older than Bert Ellis and in Med School.

But see my original comments about lacking honor…

I obviously suffer a lack of “nuance”. I continue to think that someone who lies is a liar; that someone who steals is a thief; and someone who cheats is a cheater. The passage of time does nothing to change the character of a dishonorable person. (Wordnik defines “dishonorable” as “Wanting in honor; not honorable; bringing or deserving dishonor; staining the character, and lessening the reputation; shameful; disgraceful; base.”) Honor is a matter of character, not of circumstance.

“*Informed retraction” and “conscientious retraction” are remindful of the apologies forced by a parent of a child whose grudging “Sorry” conveys nothing more that the sorrow that comes from being caught doing something she knows was wrong.

“Living Honor” implies that “honor” is like one’s socks – something to be changed to suit the inclinations of an other than honorable person.

Just as an afterthought – “The Honor Men” by James Hay: 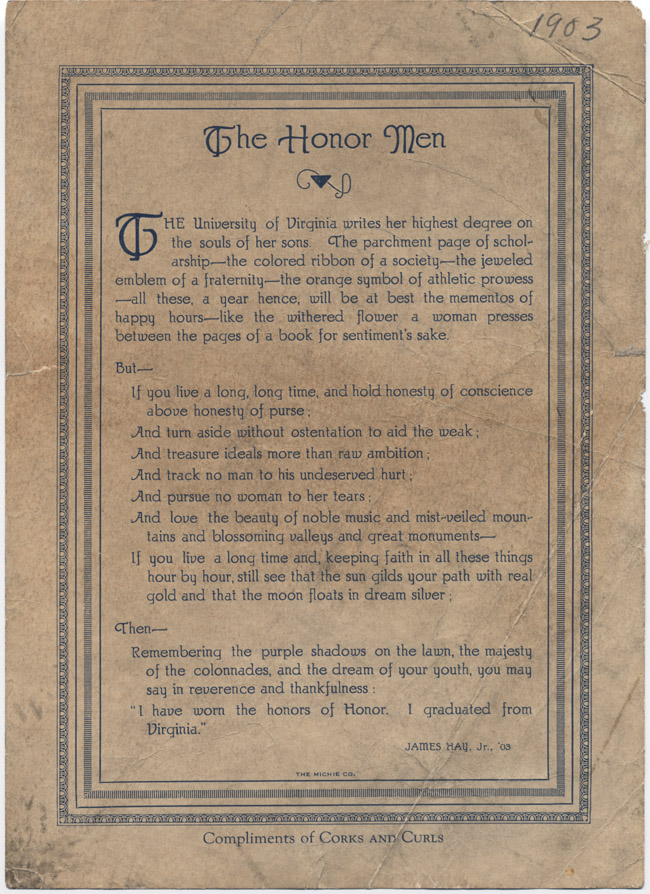 )
better expresses the value of the uncompromised Honor System than anything written since.