It’s Good to Be King 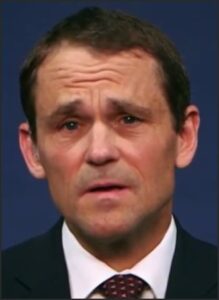 University of Virginia President Jim Ryan has entered into three employment agreements with UVa (technically, the Board of visitors on behalf of UVa). His first agreement was executed in September of 2017, to commence on October 1, 2018, and to last through July 31, 2025. His second agreement, executed as of March 2, 2018, amended his agreement to commence as of August 1, 2018. His third, and current, agreement was executed on March 2, 2022, extending his term of employment until July 31, 2028.

I will summarize its terms for your convenience. This summary will necessarily leave out some of the details, and, if that bothers you, then read the entire agreement yourself! (View the contract and compensation.)

The “term” is set to expire on July 31, 2028, and “renewal” discussions are to commence no later than March 31, 2027, with a desired termination date of discussions by July 31, 2027. In other words, if President Ryan’s employment is not to continue beyond the current term, he desires one year notice of his impending non-renewal.

Mr. Ryan’s duties are spelled out in the Board Manual (see pp 22-23, Section 4.22). There is a clause pertaining to a duty to cooperate with any NCAA investigation that was not in the prior two versions.

“Base Salary” is $750,000, which may be increased for merit increases, which must be approved by the BOV, based on a review of performance by the Rector, including a “market analysis.” The Base Salary plus the “merit increases” is defined as “Annual Salary.” Subject to the same requirements for salary, President Ryan may be paid a $100,000 bonus. His benefits and vacation and sick leave rights are basically comparable to those provided for faculty. While he is President, and at his election after his presidency, Mr. Ryan is the George M. Kauffman Presidential Professor at the Law and Education schools. If he elects to remain post-presidency, Mr. Ryan’s faculty salary would be 75% of his then “Annual Salary.”

Provided he is employed until at least August 1, 2023, Mr. Ryan accumulates 2 months of sabbatical per year of service as President, to be taken after his term or to be paid at 50% of the accumulated value (number of months times then Annual Salary. If Mr. Ryan elects the sabbatical term, he shall be provided an office, staff support and $50,000 annual research and travel allowance.

Of course, President Ryan is provided Carr’s Hill as housing. He also is provided a $20,000 auto allowance, and two paid club memberships (initiation and dues), and travel expenses for University related travel, including use of any UVA aircraft. Mr. Ryan also benefits from $150,000 annually as deferred compensation, which amount may be increased based on “performance and a market analysis.” UVA will also pay for Mr. Ryan’s annual dues and membership fees in professional associations of benefit to the University.

Mr. Ryan may be terminated for Cause, which is basically violating the duties specified in the Board Manual or some grievous act or omission, which would also terminate his professorship. If the BOV elects to terminate Mr. Ryan prior to his term, he would receive twelve months of continuation pay, plus accrued sabbatical, and would retain his professorship. Voluntary resignation would end compensation as President, but would permit payment of accrued sabbatical and the faculty position.

Mr. Ryan is permitted to engage in outside activities and to retain income therefrom, with clearance from the Rector (for example, the reputational aspect or the time commitment).

Perhaps the strangest clause is the one requiring a comprehensive annual physical exam by a physician of Mr. Ryan’s choice. It appears that it is Mr. Ryan’s duty only to tell the BOV that he has had the physical and the results “will not be disclosed to the University.” Which seems hard to square with all of the employees and students having to disclose Covid vaccination status, but maybe that’s just me.

In any event, President Ryan, at a minimum, gets annual compensation equal to $1,045,000, plus housing, benefits, and professional and social clubs.

It’s good to be the King!

U.Va. owns airplanes? “including use of any UVA aircraft” There is a reason Warren Buffett named his first jet “Indefensible” and ultimately purchased NetJet.

I filed a FOIA over the aircraft, asking does UVA own any and got this response. Technically, UVA did not have to answer because it was an “information request” and not a document request. However, it would look like UVA is hiding something to not at least give me a clue what to ask for. Maybe somebody who knows more could tell me what to ask for now, like flight log or operating agreement, etc. I actually don’t really disagree with some access to private aircraft, but it is certainly the only way to fly if you can afford it! And the air ambulance helicopter I would say is also something necessary – in fact it might even be a money maker – have you seen the costs of heli transport? Wow.

While the portion of your request which inquires “Does the University own aircraft or does it have proportional ownership, or both?” is an information request, not a records request, and no response is legally required, the University aircraft used by the Office of the President and other University departments is a Cessna 560XLS+ owned by the University of Virginia Foundation. More information can be found at https://parking.virginia.edu/air-transportation. Please note that the University also owns an Agusta A109E helicopter, which serves as the Pegasus Air Ambulance. More information is available here: https://uvahealth.com/services/emergency/pegasus-vehicles.

Sen. Elizabeth Warren, she of indigenous people’s heritage, has railed for years against “exorbitant” CEO compensation. She focuses on the CEO’s of Fortune 100 size public companies where these men and women are responsible for global operations and billions in revenues, a job she could no more do that fly solo to the moon.

I spent 4 decades in corporate finance lending to or investing in privately held companies. I can assure you that President Ryan’s $1,045,000 in annual compensation far exceeds over 95% of the salaries of private sector entrepreneurs.

All major Deans at UVA are also well into mid-six figure salaries. Academia can no longer complain about being under compensated, at least at the executive level.
https://search.yahoo.com/search?fr=mcafee&type=E211US752G0&p=senator+elizabeth+warren+video+on+unjust+us+ceo+compensation.

Elizabeth Warren has railed for years against private sector executive CEO compensation. Knowing how bipartisan and objective she is, I have no doubt she will now start an effort to investigate the academic sector’s exorbitant pay and benefits for college Presidents.

UVA Deans are also well into mid-six level compensation levels. Academia can no longer complain about low pay, at least not at the executive management levels.

Wait we own aircraft!?

They use the UVA jet for sports recruiting heavily, too, flying coaches back and forth to watch high school athletes and meet with their families. Most D-1 universities do this sort of thing. USC has a jet that flies their biggest donors to away football games.

Having been fortunate enough to fly on a NetJet a few times, it is such a superior experience…but it is also far more expensive than commercial air. Nonetheless, it does make sense in certain circumstances. My company had offices in all sorts of second tier and third tier cities (think Richmond as 2nd and Owensboro KY and Evansville IN as 3rd). For budget season, it made a lot of sense to use the NetJet for direct puddle jumps or driving. And I can see it for recruiting. But…this is an area where you can abuse it…like arrange a speech in California on the UVA jet and then stay there for a week or two…and then there is another event in Cali and there are a couple spots on the plane for a return trip…