Jefferson, a Man for All Time 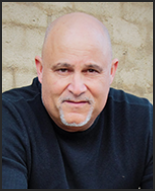 Lee Habeeb, best known as host of the “Our American Stories” podcast network, graduated from the University of Virginia Law School in 1991. Newsweek has just published his letter to President Jim Ryan defending Thomas Jefferson’s legacy. The Jefferson Council cannot republish the letter here without permission, but we recommend it to you. Read the letter here.

Habeeb has been keeping up with the Jefferson bashing that occurs at UVa, and he makes a powerful case for continuing to honor his legacy. Defining Jefferson by his status as a slave-holder devoid of any historical context is a huge mistake, he says.

“Millions of men around the world in our founders’ time owned slaves; only one authored the Declaration of Independence,” he writes. “This doesn’t make Jefferson’s slave ownership less odious or hypocritical; it makes Jefferson a man of his time. The declaration, however, made him a man for all time. A man ahead of his time.”

Habeeb’s article is outstanding and counters the biased, erroneous attacks perpetrated by the Cavalier Daily and radical student groups.

If you are interested in viewing the latest way of “honoring” our University’s founder you need to look no further than the current exhibit as to the Summer of Hate at the entrance to the Special Collections Library. In the center of the glass exhibit case is a central featured large photo of the shrouded Jefferson statue in front of the Rotunda bearing a “TJ is racist!” sign with a man standing on the statue with a middle finger gesture directed at Thomas Jefferson. This is all done under the direct consent of the Dean of Libraries, John Unsworth, an avowed Marxist.
The Lawn room door F-UVA sign was an abhorrent act done by a student, while this current F-Jefferson-UVA photo prominently displayed at the Special Collections Library is an even more abhorrent act done by and approved of by faculty and administration who should know better. And therein lies the real problem, not the students.

What a wonderful letter from Alum Lee Habeeb to President Ryan. Please ask for permission to reprint it and send it to all those who want to erase Mr. Jefferson’s legacy. How can ANY thinking person disagree with Mr. Habeeb’s comments? He has clearly put the present discussions in the proper context. His letter should be required reading in all UVA classes (for professors and students alike).
Thank you and stay vigilant.

Mr. Habeeb is correct to call out Jim Ryan.
I have always thought the Jefferson will always stand so long as I am President more of a veiled threat.
Look at who Ryan appoints. Personnel is policy. All of the appointees are radical CRT Kool-Aid chuggers. Meanwhile, Jim just keeps shining the alumni along so the money will flow in.
Reprinting the article from 2 years ago is his defense?!?
Meanwhile, he “unequivocally” supports free speech except for Bert Ellis. He could denounce his radicals. He won’t. They are allies. He will hide behind his CD shock troops right to speak, but mention nothing of Bert Ellis’ right to speak. Alumni, students, citizens have the right to hear Bert’s opinions – the CD does not have the right to censor him.
Besides, these are the same people always yammering “save our Democracy!” Well, “our democracy” elected Glenn Youngkin and Glenn Youngkin has the right to appoint to all the BOVs of the publics. It is undemocratic. It is unJeffersonian. And Jim Ryan (and the 13 Northam appointed BOV members) remain silent. Despicable.

Thank you for sharing! Beautifully written, and much needed context for a university that is not doing Thomas Jefferson justice. This letter should be posted for all at UVA to read. Students, faculty, and administration. As a parent considering attending the upcoming “family weekend”, just reviewed the lineup of events. Interesting that the following option is a posted event for both Friday and Saturday:

NO UNITY WITHOUT JUSTICE: STUDENT AND COMMUNITY ORGANIZING DURING THE 2017 SUMMER HATE9:00 AM – 5:00 PM
Harrison Institute, Small Special Collections Library, 1st Floor
This exhibit was largely curated by UVA alumni who took part in the anti-fascist counter-protests in the summer of 2017 when they were students.
The events of August 11 & 12, 2017 in Charlottesville saw loss of life, physical violence, and community turmoil significant enough to merit international media coverage. Our community will be recovering, assessing, and attempting to move forward for a long time to come.

It may be interesting. Would love to see the university provide some balanced introspective such as Mr. Habeeb’s letter. The university has much to be proud of – put that foot forward Jim Ryan! As the kids would say, be loud and proud!
I would love nothing more than to leave family weekend feeling proud. Let’s just say I’m hopeful . . . by a thread.