Earlier this week, University of Virginia alumnus Joel Gardner wrote a letter to President Jim Ryan outlining his concerns about the decline of intellectual diversity at the university. Writing in response, Ryan defended the diversity of viewpoints found at UVa. He cites numerous instances which have not gotten play on this blog, and I present them in the interest of… viewpoint diversity. What follows is an excerpt from a longer letter. — JAB 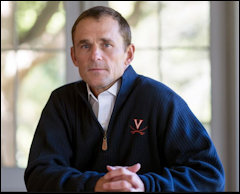 The problem you identify is not unique to UVA, and I also believe there are some very bright spots at UVA. As I mentioned on our Zoom call, UVA is a place that fosters debate and discussion across lines of difference, through our curriculum — including the new College curriculum; student groups that intentionally bring diverse groups together to discuss issues; a wide range of student political groups; faculty who work hard to encourage robust conversations; and faculty who are themselves diverse ideologically. This may be why UVA is ranked in the top ten by national organizations that assess universities based on their protection of free speech and viewpoint diversity.

Speaking personally, I have seen more good news than bad on this front, and my experience is that, in the right setting, students at UVA are largely comfortable expressing different points of view. I say this from being a faculty member in the classroom at the Law School, day in and day out, for 15 years.
And to give a more recent example, earlier this year I sat in on an undergraduate seminar about the Supreme Court where students freely and comfortably expressed their opinions, which covered the political spectrum. Their respect for one another was clear, as was their confidence in sharing — and defending — their opinions, both with each other and with the faculty member leading the seminar. It was exactly the kind of free exchange of ideas to which we should always aspire.

We also welcome different points of view at the university level. To cite just a few examples: On my first day as President, I defended the hiring of Marc Short [who had served in the Trump administration] by the Miller Center, even though a number of faculty, students, and alumni opposed it, because I believe in the power of diverse viewpoints and experiences. This past February, we hosted journalist Nicole Hannah Jones of the 1619 Project in the Rotunda, and four days later, also in the Rotunda, we hosted former House Speaker Paul Ryan. Just last week, there was a demonstration at the Jefferson statue in support of confirming Judge Barrett to the Supreme Court and, a few days later, a demonstration at the statue criticizing Jefferson (and me). And while signs on Lawn room doors have received a lot of attention lately, in 2017 another group of students put up a sign on the Lawn in support of President Trump’s border wall — which was defended with the same commitment to preserving students’ rights under the First Amendment that you’re seeing today. All of this helps explain why UVA has consistently received a Green Light from FIRE, their highest rating.

I have gone on too long, so let me end with something I know we share, which is a love of this University. For me, that love began the moment I stepped foot on Grounds thirty-one years ago as a prospective law student (a student who, incidentally, was able to come here thanks to a scholarship), and it has brought me back not once but twice — first as a faculty member and then as President. As I said in my inaugural address, UVA has a magic to it — one that stems from an indescribable but unforgettable collection of experiences, ideas, friendships, discoveries, traditions, settings, sights, and sounds that far more often than not lead to a life-long love affair with this place, this institution, and this community.

That, above all, is what it means to be a part of the UVA family. Just like any large and somewhat raucous family, we will occasionally argue about the best ways to live our values — as we do quite frequently among my senior leadership team, which itself is quite diverse in its outlook and orientation. But we should always disagree and debate in good faith, assuming good intent, and understanding that the qualities that define UVA have endured far more difficult times and will undoubtedly do so again. As stewards of this remarkable university, we can and should do our part to keep UVA on a steady course and hold fast to our fundamental values. But we also should be courageous enough to become even stronger and better when and where we can, as we have throughout our long history, a history marked as much by change and improvement as by anything else.