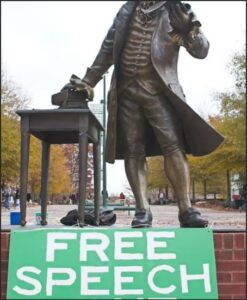 Three of Virginia’s universities scored in the top 25 in the Foundation for Individual Rights in Education (FIRE) 2021 annual free speech rankings of more than 150 higher-ed institutions across America, but Virginia Tech, once in the top 10, fell precipitously to the bottom third.

The rankings are relative. W&M, GMU and UVa score well compared to other institutions. Nevertheless, a significant percentage of students at all three institutions express discomfort with discussing controversial ideas and question the commitment of their university administrations to support free speech. With free speech and free expression under attack everywhere, it can be argued that Virginia institutions are the least bad of a bad lot.

Also, it is important to note that FIRE surveyed students, not faculty or staff. The findings do not reflect the disturbing trend at many higher-ed institutions — including UVa and W&M — of requiring job applicants and employees to submit written statements describing their commitment to the principles of Diversity, Equity & Inclusion as part of their evaluations.

With the exception of Virginia Tech, Virginians can take some small comfort that students at Virginia’s public universities face less oppressive environments than elsewhere. The survey also provides a reminder of how far they have to descend should Virginia colleges choose to emulate the examples of bottom-ranking Marquette, Baylor, or DePauw universities.

To get a sense of how bad the free-speech situation is overall, read UVa 4th-year student Emma Camp’s op-ed piece in the New York Times describing the widespread ideological conformity and self-censorship at Virginia’s flagship university. If UVa ranks 22nd in the nation for free speech, one can only imagine how repressive other institutions are.

Internal pressures are pushing Virginia’s universities relentlessly to the left. In terms of ideology and partisan affiliation, faculty and staff are far more “progressive” than the general population — and becoming more intensely so, with all that portends for intolerance and cancel culture. The only thing that can stop this drift is countervailing pressure from alumni, parents, government officials, and faculty members brave enough to speak out against campus excesses.

Below I have compiled snapshots of Virginia’s four universities, along with links to their FIRE profiles. 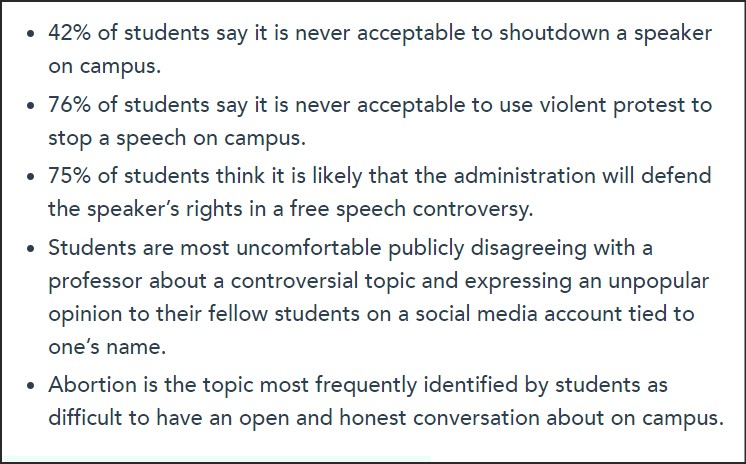 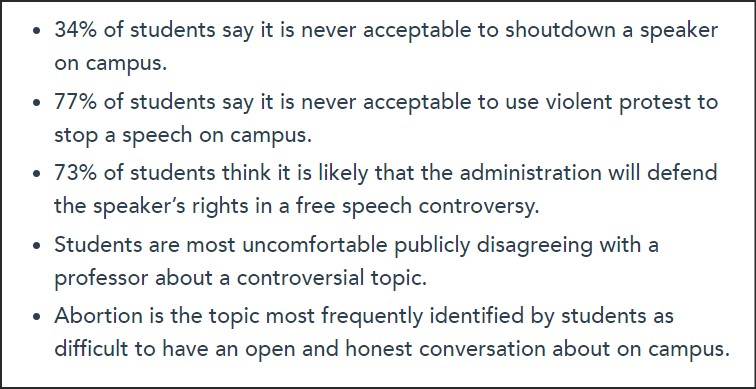 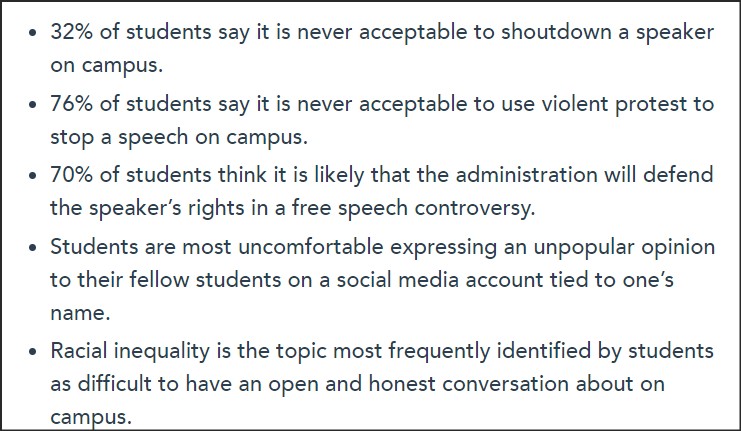 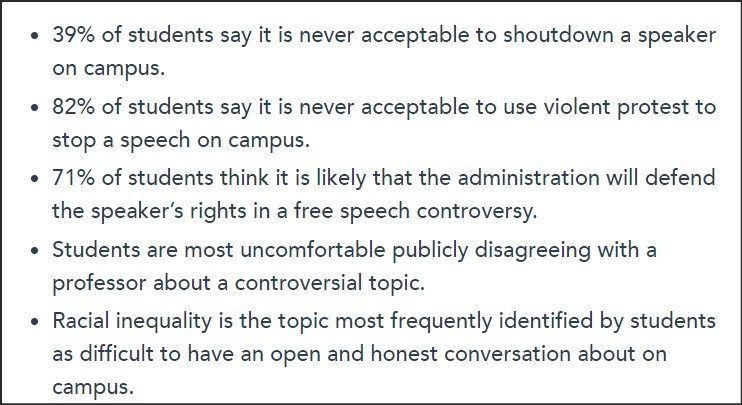