The Alumni Rebellion Spreads to JMU 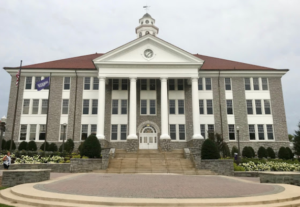 A group of James Madison University alumni has organized a new group, the Madison Cabinet for Free Speech and Accountability, to promote “freedom of  expression, intellectual diversity, and academic freedom on campus.”

The JMU group marks the fourth university in Virginia to organize in protest of the takeover of an institution by woke administrations and campus cultures. The others include The Jefferson Council, The General’s Redoubt (at Washington & Lee), and The Spirit of VMI PAC (at the Virginia Military Institute). Virginia can claim more dissident alumni groups than any other state.

“The Madison Cabinet represents a huge step forward for the alumni movement in Virginia,” said Bacon, executive director of the Jefferson Council. “Three alumni groups fighting for free expression and intellectual diversity will have far more clout in the halls of state government than one alone. The addition of the Madison Cabinet adds a new dimension to our efforts: the ability to influence state legislation.”
In the spirit of James Madison, the nation’s fourth president and primary author of the Constitution, the organization has two broad goals,: (1) to maximize transparency, open government, and accountability from the university Board of Visitors and executive leadership, and (2) to increase tolerance, academic freedom and diversity of expression from and among students, faculty, staff and university leadership.

The administration of President Jonathan R. Alger has been widely criticized for its lack of transparency — not just by disgruntled alumni but the student newspaper, The Breeze. In particular, The Breeze exposed how Alger and the Board of Visitors had skirted open meeting laws. Also, JMU under Alger has experienced explosive growth in the size of its Diversity, Equity & Inclusion bureaucracy and has faced charges of indoctrinating students with social-justice ideology.

The Madison Cabinet website highlights speech codes at JMU that infringe on the rights of students and faculty on both end of the political spectrum.

JMU’s posting policy, which states that materials must be validated by “University Information,” appears to prevent students from posting without first clearing their materials through the university administration and obtaining sponsorship from a group or department.

Another policy bans all users of JMU information technology resources from using them for “political activities.” While JMU, as a public institution, should be prohibited from participating in political activities, students should not, the Madison Cabinet argues. Arguably, the policy prohibits students from using campus email or wifi to organize student rallies or comment about political candidates.

Additionally, says the group, JMU harassment policy does not conform to a Supreme Court ruling that “harassment” must be conduct so severe, pervasive and objectively offensive as to undermine a victim’s educational experience. JMU policies on sexual misconduct, bullying, and stalking detailed in the Student Handbook targets conduct that is severe or pervasive, not severe and pervasive.

The organization also advocates legislation now before the General Assembly. Bills include:

While the Madison Cabinet’s main focus is JMU, organizers add a capability lacking in Virginia’s other alumni organizations: an intimate familiarity with the state legislative process. The Spirit of VMI PAC has donated to political candidates for office, and Jefferson Council President Bert Ellis is seeking state senate confirmation of his nomination to the University of Virginia Board of Visitors, but no alumni group has sought to influence legislation. The entry of the Madison Cabinet into the arena is a game changer.

Tech alumni? Where are you? I know BeamerBall was your glory days, but come on! Your brave (real) woman soccer player won a settlement for not wishing to virtue-signal. Woke PC exists at Tech. I have heard from a few parents. You are an ever bigger school than UVA – join in the fight!

Is there any initiative in the works that you’ve heard about?

No. But… we have helped UNC and JMU get their organizations started, along with AFSA. We just need about 5 Tech alumni and that can make it happen.