University Doubles Down on “Anti-Racism” 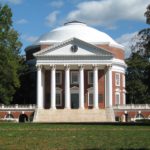 The University of Virginia’s Racial Equity Task Force has released its final report, recommending 12 initiatives to promote “systemic change” and racial equity, and it’s everything you’d expect it to be. Reflecting the blinkered thinking of the academic Left, the report provides a lot of navel-gazing, virtue-signaling and window dressing while doing nothing to change the power structure at UVa or address the underlying causes of racial disparities in Virginia.

The task force proposes investing hundreds of millions of dollars toward equity initiatives, committing to “represent Virginia” in its study body demographics, hiring more minority faculty, and providing “anti-racism education” to all members of the University community. In contemporary academic parlance, “anti-racism” ideology insists that white privilege and white fragility underlie a system of white supremacy and must be extirpated. In other words, adopting these recommendations would place UVa among the institutions that replace critical thinking about race, poverty and justice with Leftist dogma.

Nothing in the report, “Audacious Future: Commitment Required,” alludes to the high and increasing cost of attending UVa, the practices driving the increasing costs, or the burden those costs impose upon all lower-income students of whatever color. Nothing in the recommendations would threaten the mechanisms by which UVa transfers wealth from tuition-paying students to faculty and staff in the form of greater pay, perks and prestige. The proffered solution is to paper over the high costs by steering more academic aid to minority students.

The report fails to acknowledge the social and economic origins of racial differences in American society such as the massive influx of poorly educated peasants from Mexico and Central America, dysfunctional family structures among lower-income Americans, the calamitous failure of inner-city school systems, and a host of other inconvenient realities that don’t fit the Oppression Narrative. The report assumes that UVa must take on the burden of rectifying inequities that are, in fact, beyond its ability to rectify, through what amounts to reverse racism.

Nor does “Audacious Future” acknowledge pervasive efforts over the past 60 years that the federal government, state governments, schools, universities, philanthropies, businesses and other institutions have made to address racial inequities. The authors of the report live in a bizarre bubble hermetically sealed from the real world.

The flaws are so overwhelmingly grievous — they permeate almost every paragraph — that it is impossible to catalogue them all in a short blog post.

For purposes of illustration, I will cite just one issue raised by the report — the recommendation to hire more minority faculty. The report points out, as I have highlighted in previous posts, that despite vigorous efforts to boost faculty hiring, the proportion of UVa faculty who identify as African-American has been stuck in the 3% to 4% range over the past 10 years. The root problem, of course, is not that predominantly white liberal faculty members discriminate against African-Americans, it’s that there are not enough African-American candidates with the PhD credentials required to qualify for a tenure-track job. Solving the national shortage of African-American PhDs is not a problem that UVa hiring practices can address (although the report does say that UVa coul do its bit to enlarge the PhD pipeline through more aggressive recruitment and mentorship of minority graduate students.)

The other problem is that competition for qualified African-American candidates is intense. There is far greater demand for African-American professors than the market can supply, and the “price” in terms of compensation packages is going up. The report indirectly acknowledges this in arguing for a the creation of a “faculty defense fund” to retain minority faculty members. States the report (my bold face):

Many deans have  expressed concern about the challenges and costs of retaining their most competitive faculty members from historically underrepresented groups, particularly when multiple challenges compound (spousal employment, Charlottesville premium, child tuition support, no critical mass, perceived pay gap, etc.). Given the investments we are aware that other universities are or will be making to recruit such faculty in the coming years, we expect the competitive pressure to increase. We recommend that the deans and the Provost seize this moment and set aside adequate resources not only to win retention negotiations, but to mitigate the range of issues that make them so frequent. Without adequate resources devoted to this, UVA will fail.

It remains to be seen whether cultivating a hyper-sensitivity about race will do anything to improve race relations at UVa or to help the supposed beneficiaries of this concern. My prediction: Putting greater the emphasis on grievance and victimhood will make African-Americans feel more alienated and unwelcome, not less.

If the powers-that-be at UVa genuinely wanted to improve the condition of African-Americans in Virginia, they could mobilize the university’s academic resources to examine the complex causes of poverty and identify the policy levers that can be pulled to encourage upward mobility. More pre-K? More effective reading pedagogies? More after-school programs? More crime reduction? More mental health and substance-abuse counseling? Stronger families? Less teen pregnancy? More apprenticeships and job training? Less emphasis on obtaining expensive four-year college degrees that line the pockets of privileged academics? Changing the work incentives created by means-tested welfare programs? In other words, UVa could dedicate itself to finding answers to the question: What works?

Sadly, such a task is of no interest to most UVa scholars. Indeed, it is arguably beyond the capability of faculty members, as immersed as they are in the race-and-gender-are-the-root-of-all-evil paradigm, that they are incapable of honest and open inquiry. When combating “systemic racism” is the prism through which the world is viewed, real problems will go unattended and real solutions will be ignored.

I suppose it will be up to UVa’s Board of Visitors to formally approve the “Audacious Future” recommendations. Given the current intellectual climate at UVa and across the country, I would be astonished if there is any pushback.