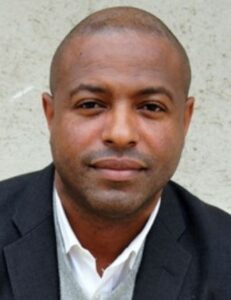 The University of Virginia has bolstered its reputation as a Leftist intellectual  monoculture with the announcement that Malo Andre Hutson, director of Columbia University’s Urban Community and Health Equity Lab, will become the new dean of the School of Architecture.

At Columbia, Hutson belongs to both the Earth Institute and the Columbia Population Research Center. He has written about gentrification, environmental justice, and urban health, a trifecta of trendy Leftist disciplines. His latest book is entitled, “The Urban Struggle for Economic, Environmental and Social Justice.”

“Malo brings a depth and breadth of experience and scholarly accomplishment that stand out in his field,” said Liz Magill, UVA Provost. “Just as important is his vision for the future of UVA Architecture and its ability to create solutions for real world problems. Malo has continuously demonstrated strategic brilliance in connecting architecture and urban planning to other disciplines for the benefit of his community, his students, and his profession.”

UVa leadership considered one other critical attribute in the selection: “Hutson’s work in support of diversity, equity, and inclusion goes beyond his research and student engagement. At Columbia, he serves as a member of Columbia University’s Provost’s Advisory Council for the Enhancement of Faculty Diversity and the co-leader of the GSAPP’s Anti-Racism Task Force.”

As dean of the UVa architecture school, Hutson will play a key role in the recruitment, retention and advancement of faculty members and departmental heads. He should fit right into UVa and help accelerate its sinistral drift. There was no hint in UVa’s announcement that the promotion of intellectual diversity a criteria for hiring the new dean.

The book-jacket description of his new books reads as follows:

Dr. Hutson’s timely new book shows how residents of once-neglected urban communities are standing up to city economic development agencies, influential real estate developers, universities, and others to remain in their neighbourhoods, protect their interests, and transform their communities into sustainable, healthy communities. Based on seven years of research, this book draws on a wealth of material to conduct a case study analysis of eight low income/mixed-income communities in Boston, New York, San Francisco, and Washington, DC.

“At last, a book that looks at some of the ways in which gentrification has been reined in. The book provides a wide-ranging and largely convincing account of the alliances that have made possible some legal constraints to be placed on unrestrained gentrification”
​–Tim Butler, King’s College London, UK

Bacon’s bottom line: Color me skeptical. As the old saying goes, if White people move out of an urban neighborhood, that’s White flight, and it’s racist. If White people move in to an urban neighborhood, that gentrification… and it’s racist. If Dr. Hutson is looking for more research material, he need cast his eye no farther than his new hometown of Charlottesville where anti-white gentrification has emerged as a political force. (See the musings of Mayor Nikuyah Walker.) Or, casting a wider net, Hutson could take on the cause of the anti-gentrifiers in Arlington County and figure out how to “rein in” Amazon, which is driving up housing prices as it creates tens of thousands of jobs.

But conservative Wahoos, parents and alumni can console themselves about one thing: Hutson has got to be better than the F*ck Quilt Lady just appointed Dean at Washington & Lee University!