Gerald Warburg and the Other “F” Word 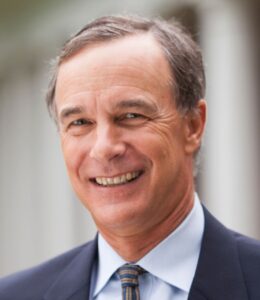 UVA Today seems quit enamored with Gerald Warburg, a national security expert with the Frank Batten School of Leadership and Public Policy. UVa’s official administrative mouthpiece profiled him yesterday and highlighted the publication in the Wilson Quarterly of his article discussing Congressional dysfunction in matters of war and peace.

UVA Today had featured the former Congressional aide just a few days previously in a post headlined, “Be Grateful, Build Community, Fight for Justice.” The nation is at a “pivot point,” he opined in reflecting upon the Jan. 6 storming of the nation’s Capitol. “The fever of fascism has broken.”

The fever of fascism?

The use of such language is not surprising for a man of Warburg’s partisan background. Before coming to UVa, he worked many years as a legislative assistant for Senate Whip Alan Cranston, a Democratic senator from California, and Rep. Jonathan Bingham.

Warburg is entitled to his views, and he has the right to express them, just like anybody else. But that doesn’t exempt him from criticism for such careless use of language, particularly when UVa  touts its “civility” project and calls for “unity.” While his language could be ambiguous — was he referring to the individuals who illegally entered the Capitol building, to the Trump administration generally, or more broadly to the 75 million Americans, nearly half the electorate, who voted for Trump — I think he was speaking of Trump voters.

What members of the UVa community should find disturbing is that the problem runs deeper than just one professor’s utterances. The comment reflects a mindset at the University of Virginia where a professor at the Frank Batten School of Leadership and Public Policy refers to other Americans as “fascist” without drawing any calls for clarification or editing from the editors of UVA Today. Use the “N” word, or violate any other of the social mob’s outrages du jour, and you can be hounded out of your job. Tarring half the country as murderous totalitarians is insulting to the extreme, making all calls for “civility” and “unity” ring hollow.

UVa desperately needs to enforce and practice free speech and honest intellectual inquiry. This proper pursuit of truth, civility and unity begins with the administration and faculty.