A Free Exchange of Left-Wing Ideas 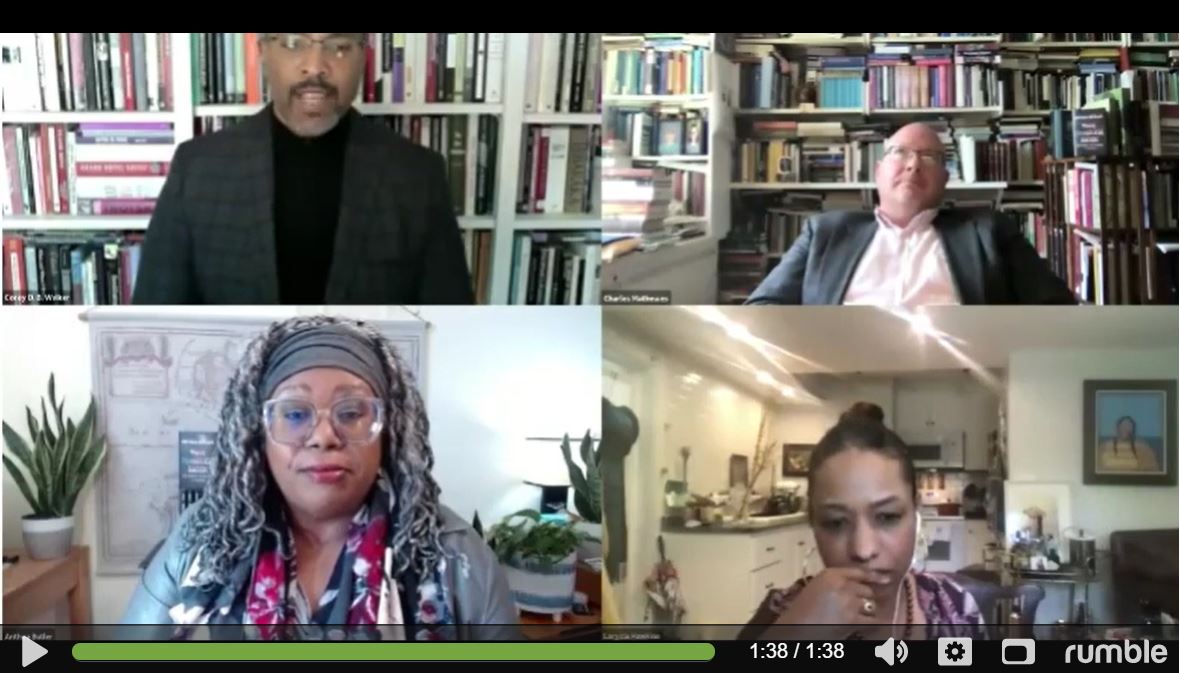 That old saw came to mind when I read The College Fix‘s re-cap of a controversy over a University of Virginia webinar in which the panelists expressed boundless contempt for white evangelical Christians. Here’s what one panelist had to say: “Because they are being selfish and because they don’t care, their racism, their sexism, their homophobia, their lack of belief in science, lack of belief and common sense may end up killing us all.”

Jim Sherlock wrote about the panelists’ hate speech in Bacon’s Rebellion, and then posted UVa President Jim Ryan’s written response, in which he said, ““I assure you we’re taking this matter seriously and looking into it.”

Now The College Fix has followed to see what came of Sherlock’s inquiry. After “looking into it,” the administration has decided the issue no longer needs review. Said UVa spokesman Brian Coy: “Our Provost and the Dean of the College looked into this and concluded that while the panel raised ideas that could certainly be deemed controversial, it was an entirely appropriate academic endeavor and did not violate any university policy.”

The free exchange of ideas, even if those ideas are controversial, is a core value of the University of Virginia from its very founding. University Leaders are constantly striving to protect that principle, while fostering a civil environment where speech and scholarship advance people’s understanding of each other rather than dividing them.

Fair enough. People are free to express whatever opinions they wish. In an ideal world, universities are places where ideas from across the political spectrum, even unpopular ideas, can be explored. The best antidote to bad ideas is free speech and expression. I whole-heartedly believe all that.

But what if only one set of ideas is invited to the conversation? What if the criticism, as in the Soviet Union, runs only one way?

It’s fine to say conservatives are free to express their ideas on the UVa grounds (which, in fact, they aren’t without subjecting themselves to relentless social-media harassment). But how come conservatives are almost never invited to  university-sponsored panel discussions? (The only exception I can think of since I began tracking this a year ago was when the Miller Center invited former UVa professor Jonathan Haidt, the middle-of-the-road co-author of “The Coddling of the American Mind” to speak in June.)

Imagine the reaction if a panelist on evangelical religion had said the following: “Because of their selfishness, their racism, their sexism, their homophobia, their lack of belief in science, lack of belief and common sense, black evangelicals may end up killing us all.”

Yeah, there is freedom of speech and expression at UVa — you’re free to criticize anyone you want….. as long as they’re politically/culturally moderate or conservative But the only people who are given a platform to speak come from the left and far-left. The officially sanctioned range of ideas explored at UVa these days shows all the broad mindedness of the debates between Mensheviks and Bolsheviks in 1917.

When unhappy alumni confront him with UVa’s grotesque double standards on free speech and expression, Ryan is a master of the empty oleaginous phrase. He expresses concern. He “looks into” things. And he does nothing. Meanwhile, under his watch, UVa deans hire only left-wing professors, conservative students engage in self-censorship in the classroom, and even non-political students refrain from expressing views that might trigger attacks by the Twitter Outrage Mob.

The UVa Board of Trustees recently approved a Statement on free speech and free expression. Will Ryan apply those principles with an even hand? Or, to mangle a phrase from Orwell, when it comes to the right to free speech at UVa, will some views be more equal than others?