Alumni of the World Unite! 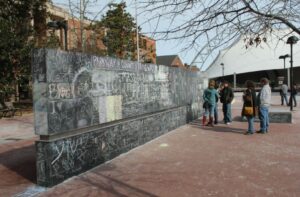 This press release was issued today by the Alumni Free Speech Alliance, of which The Jefferson Council is a founding member. I serve as vice president-communications of the Council. — JAB

Millions of college and university alumni around the country are dismayed by the intolerance of unpopular viewpoints at their alma maters, and many have begun to fight back.

Alumni have organized groups at five of America’s most prestigious higher-ed institutions — Cornell University, Davidson College, Princeton University, the University of Virginia, and the Washington & Lee University – to defend free speech, academic freedom, and viewpoint diversity in college campuses. Today those groups are announcing that they have joined forces under the banner of the Alumni Free Speech Alliance to launch a national effort to mobilize alumni.

“Free speech and academic freedom are critical to the advancement of knowledge and to the success of our colleges and universities,” said Edward Yingling, a co-founder of the Princeton alumni group. “Yet these basic principles are under attack today at schools across the country.”

(See the column co-authored by Yingling that was published in today’s Wall Street Journal.)

National and school-specific polls show that high percentages of students and many faculty are afraid to express their views on controversial topics. In fact, discouraging numbers of students indicate in polls that free speech is not justified if certain groups find the ideas offensive. The Foundation for Individual Rights in Education (FIRE) found in a survey this year that more than 80% of students report self-censoring their viewpoints at least some of the time, with 21% saying they censor themselves often.

College administrators and boards of trustees are often too timid to push back against the culture of intolerance at their campuses. Alumni have influence with college presidents and board members, who are constantly asking for their involvement and contributions. The five groups comprising the Alumni Free Speech Alliance share the conviction that alumni can create a countervailing force to stand up for free speech. The Alliance will promote the exchange of information and best practices between its member organizations, and will provide assistance to alumni at other universities who wish to create free-speech organizations and join the Alliance.

“American universities and colleges are entrusted with educating our youth to think critically, explore all options, and to gain the skills needed for leading productive lives,” said John L. Craig, president of Davidsonians for Free Thought & Discourse. “This can be accomplished only in environments where the search for truth is unfettered. The forces against campus free speech and for ideological indoctrination are entrenched, and things can change only if alumni stakeholders strike back.”

“Forty years ago, Cornell was a campus that embraced freedom of speech and great viewpoint diversity but the demographics of its student body and faculty was monolithic. Today Cornell enjoys great diversity within its student body and faculty but imposes significant barriers to freedom of speech and viewpoint diversity on campus,” said Kenneth P. Wolf, co-founder of Cornell Free Speech Alliance. “Neither of these extremes support academic excellence and, in the long run, will destroy a world class institution of higher learning.”

“Conservatives, and increasingly liberals, are afraid to speak against ‘woke’ orthodoxy at the University of Virginia,” said Bert Ellis, president of The Jefferson Council. “The Jefferson Council was formed to preserve the legacy of intellectual freedom at the institution Thomas Jefferson founded. Core goals include the protection of free speech, free expression, and intellectual diversity.”

“Education based on victimization, grievance, and critical race theory harbors the seeds of tribalism, cultural segregation, and erasure of history,” said Tom Rideout, president of the Generals Redoubt. “Conversely, education based on diversity of viewpoint and free speech promotes robust learning, the pursuit of truth, and an inclusive culture based on shared values.”

To reach the websites of the Alliance and its member organizations, please click on the links below:

Very nice to hear. Follows the WSJ op ed last February (https://www.wsj.com/articles/dont-give-to-your-alma-mater-11550878729?st=yduux1my9ocx3ql&reflink=desktopwebshare_permalink) which made me write to Uva President Jim Ryan expressing my concern about increasing limits on free speech. Thank you Jefferson Council for organizing this donation protest. Rational people need to start fighting back against the illiberal and irrational ideas spreading through our campuses…and Grounds. Stop the donations, fight for our constitutional values, speak openly and honestly with friends and neighbors, and vote for those who respect our fundamental rights.