Begun, the College Wars Have 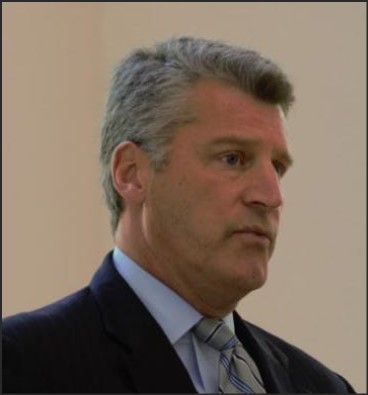 Attorney General Jason S. Miyares has fired the university counsels of the University of Virginia and George Mason University: Tim Heaphy at UVa and Brian Walther at GMU.

I have no inside knowledge about why Miyares took these actions, but they are, I believe, best understood as the opening salvos in what will be a long-term effort by Miyares and Governor Glenn Youngkin to change the increasingly totalitarian culture of Virginia’s higher-ed system that stifles free speech and free expression.

In Virginia the governor appoints members of the boards of visitors, but the attorney general appoints the university counsels. BoV members serve on a rotating basis, with only a few seats expiring June 30 at the end of every fiscal year. But university counsels serve at the pleasure of the attorney general, as I understand it, and can be replaced at any time. Miyares has lost no time in acting.

AG spokesperson Victoria LaCivita said in a statement to The Washington Post that Heaphy had been a “controversial” hire and that Miyares’ predecessor Mark Herring had “excluded many qualified internal candidates when he brought in this particular university counsel.”

“Our decision was made after reviewing the legal decisions made over the last couple of years,” LaCivita said. “The Attorney General wants the university counsel to return to giving legal advice based on the law, and not the philosophy of a university. We plan to look internally first for the next lead counsel.”

I know nothing about Brian Walther but can provide some context for Heaphy’s cashiering.

An Obama administration appointee as U.S. Attorney for the Western District of Virginia, Heaphy conducted an independent investigation into what went wrong during the infamous 2017 “Unite the Right” rally in Charlottesville. (Editorial insert: that report was extremely comprehensive and even-handed. I have quoted from it extensively on this blog.) Herring appointed him in 2018 as university counsel at UVa, from which he graduated. At the time of his firing, he had taken a leave of absence to work as the top investigator for the U.S. House of Representatives panel investigating the Jan. 6 riot at the U.S. Capitol.

Heaphy said in a statement that serving as university counsel has been a “tremendous honor,” and that he had been “privileged to contribute to its aspiration to be both great and good.” That last phrase — “great and good” — echoed President Jim Ryan’s slogan expressing his ambition to strive for academic excellence and build a better world. In practice, being “good” has meant embracing a social-justice orientation and explicitly using Diversity, Equity & Inclusion criteria to recruit, promote and train university faculty and staff.

As university counsel, Heaphy provided legal cover for Ryan’s transformation of the faculty and culture of the university. His high-profile role in the UVa administration came to the attention of conservative alumni in 2019 when Hira Azher, a student living on the Lawn, posted a large sign, stating “F— UVA,” on the door to her room. Alumni immediately criticized the administration for its lax policing of the decorum of the Lawn, which with the Rotunda, form Thomas Jefferson’s architectural gem, the academical village, and is classified as a UNESCO World Heritage Site. Heaphy ruled that ordering Azher to take down the sign would constitute a violation of her right to free speech. Alumni countered that she was free to express her opinions — but not in that particular way, in violation of the terms and conditions she had agreed to when moving to the Lawn.

In contrast to the Azher case, the university counsel’s office backed up the administration’s actions in the Kieran Bhattacharya litigation. Bhattacharya, a medical school student, had publicly questioned the speaker during a seminar on microaggressions and challenged her assumptions. His effrontery offended others in the med school community, leading to a chain of events in which he was served with a “professionalism concern” card, subjected to disciplinary hearings, told to engage in psychiatric counseling, committed to a psychiatric hospital against his will, and then, after some tumultuous disagreements with his ex-girlfriend, issued a No Trespass Order. Effectively evicted from school, Bhattacharya has filed a lawsuit, and the university counsel has defended the administration’s actions.

Critics also have questioned Heaphy’s action — or lack of it — regarding the university’s “inclusive excellence” initiative. Job applicants are required to write “diversity statements,” which are given weight in hiring evaluations. Similarly, faculty and staff must submit “diversity statements” as part of their annual reviews. These statements function as ideological litmus tests, weeding out those who fail to display sufficient commitment to the ideals of Diversity, Equity & Inclusion and the social-justice assumptions underpinning them. If Heaphy ever expressed reservations about these practices, he never did so publicly, and implementation has proceeded unimpeded.

I would expect that Heaphy’s replacement, whoever he or she is, will make it a high priority to review the constitutionality of diversity statements in hiring, raises and promotions. If that is so, we can expect similar challenges in other institutions, such as the College of William & Mary, that apply similar litmus tests. The next step will then be for Youngkin to appoint new members to boards of visitors across Virginia who are committed to upholding the principles of free speech, expression and inquiry.

Excellent analysis, Jim. Many will say Tim Heaphy was fired due to the January 6 committee. That’s not why. I agree with you it was his policy decisions.

Hira Azher and the “F-UVA” signs was the most visible mistake to rationale alumni. The 20% DEI adherence now enforced in every professor’s hiring criteria, annual review and raise, and evaluation for tenure qualification is the most egregious.

I also have no doubt AG Miyares will overturn that outrageous requirement. That has absolutely nothing to do with job performance. It has everything to do with enforcing radical ideological conformity.

There’s a new sheriff in town. He’s quickly enforcing the law as he sees it. I concur and am pleased with the Youngkin Administration taking decisive actions in many arenas, and am ecstatic the new AG has put university administrations on notice.

Actions have consequences, and are a two-way street. Good for AG Miyares.

[…] Heaphy, who also happens to be chief investigative counsel for the January 6th Select Committee, was removed by AG Miyares, who cited the need for a “return to giving legal advice based on the law, and not the philosophy […]