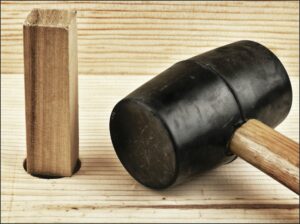 Here is what happens when The New York Times imposes its national narrative upon a Virginia story. We are afflicted with articles with headlines like this: “Top Jan. 6 Investigator Fired From Post at the University of Virginia.”

“Democrats in Virginia,” says the sub-head, denounced the action as “a partisan move aimed at helping former President Donald J. Trump undercut the investigation of the Capitol riot.”

The Times quotes Senator Scot Surovell, D-Fairfax, as saying, “This is purely payback for Jan. 6 — there is no other reason that makes any sense. In our state, we normally leave those decisions to the school’s board of visitors and president.” Surovell presented no concrete evidence to support his speculation.

At least reporter Michael S. Schmidt had the decency to quote Victoria LaCivita, a spokesperson for Attorney General Jason Miyares, who ordered the firing. Not that it changed the way the Times framed the story, but she  directly contradicted the Times/Surovell thesis. “The decision had nothing to do with the Jan. 6 committee or their investigations,” she said. Heaphy had been a “controversial hire,” she added, and the decision to fire him had been made “after reviewing the legal decisions made over the last couple of years. The attorney general wants the university counsel to return to giving legal advice based on law, and not the philosophy of a university.”

One would think that LaCivita was in a better position to know why Miyares fired Heaphy than Surovell (or Congresswoman Elain Luria, who peddled the same speculation to The Washington Post.) But rather than dig for controversial legal decisions that Heaphy might have made, the Times chose instead to flesh out his leading role in the Jan. 6 investigation.

The Washington Post pursued the same storyline: “Va.’s new attorney general fires U-Va. counsel who was on leave working as top investigator for Jan. 6 panel.” Demonstrating that it has Jan. 6 on the brain, the Post added ominously, “Heaphy’s firing could further inflame the tensions around the [Jan. 6] committee if it is viewed as an act of political retribution.”

He said in an email that Heaphy was well-qualified attorney with decades of experience who had attended U-Va. Kelly added that Heaphy was the first choice of the school’s administration.

“Far from being controversial, his hire was celebrated by the university community and leadership,” Kelly wrote.

Remarkably, neither the Times nor the Post, nor Kelly, nor Surovell nor Luria paused to wonder why Miyares might have announced the firing of Brian Walther, university counsel for George Mason University, along with Heaphy.  Walther is not working on the Jan. 6 investigation. Could there have been a common denominator in those firings? Could Miyares have had a problem with Heaphy’s and Walther’s legal decisions…. as LaCivita intimated?

As I wrote yesterday in, “Begun, the College Wars Have,” the firing of Heaphy and Walther should be viewed in the context of the leftward lurch at UVa and GMU, where the precepts of Critical Race Theory are strongly entrenched — where, in fact, Critical Race Theory actually is taught (and not just in law school), where, in fact, the ideology has become a driving force of institutional change. Heaphy, I argued, has played a key role in enabling that leftward drift, outraging conservative alumni like those in The Jefferson Council (on whose board I serve). I suspect (but don’t know for a fact) that the alumni ire has been conveyed to Miyares.

The Times and Post know none of this because they operate in information bubbles that acknowledge no reality outside those bubbles. They know nothing about the issues embroiling UVa. They have never acknowledged the existence of the alumni rebellion that has taken root in Virginia and is fast spreading across the country. They jam the facts into their preconceived narratives.

Great start. This is a drop in the bucket and change needs to come quickly. Replacing the BOV will take time, so what else can the new administration do now?

As a UVA alumni, I too wish to preserve the best of the University’s traditions, and that includes a reference for Thomas Jefferson (while recognizing that he was a flawed human like all of us). But I have a real problem with the efforts to bring Jefferson into the culture wars of the post-Trump 21st century.