Positive Developments in Freedom of Expression at UVa 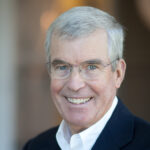 I am an alumnus of the University of Virginia and have been one of the most prominent public critics for its drift into left-wing ideology at the expense of academic freedom and the best interests of its students.

I have recommended both publicly and privately that my university adopt the University of Chicago Principles, or their equivalent.

I understand the administration has been working on the development of the University’s own version, UVA Principles. I expect them to have many similarities to the Chicago example, but with a few embellishments unique to UVa’s history and circumstances.

At the urging of the Board, President Jim Ryan has a group working on this. It will, without pressure, move at the pace of the academy, meaning years, unless Dr. Ryan treats it with the same urgency that he treated racial tensions in the Spring. I hope he will move it forward quickly.

Nevertheless, I expect UVa will get this done.

In the meantime there was an event earlier in this month, on the now infamous day of the riots at the Capitol, that has been completely subsumed by that more urgent news. It was notable in the context of the complaints of people like me that UVA and its peers are bastions of politically correct orthodoxy.

The Board reportedly has been quietly pressing to have the University hold open debates that include those with opinions that contradict that orthodoxy.

The first one was scheduled for January 6th, the day of the assault on the federal Capitol building.

The show went on. It featured none other than former GOP Speaker of the House, Paul Ryan and GOP commentator Tara Setmayer, along with some notable speakers from the middle and the left.

The University plans to have another 4-5 such events, some just one-on-one debates, before the school year is over.

A hero of this major advance in open dialogue is UVa Rector James B. Murray Jr.

Murray’s gift will establish the “UVA Democracy Dialogues Fund,” which will provide the initial funding for the series, but also create a mechanism for other donors that want to provide philanthropic support for future events.

Murray, who was appointed to the Board of Visitors in 2016 and has served as rector since 2019, is a managing partner of Court Square Ventures, and a founder of the Presidential Precinct, a consortium that fosters and enables aspiring leaders in emerging democracies. He lives in Albemarle County.

Some men in that arena retire to their corners; others rise to the needs of their times. Jim Murray is one who chose to be counted.

This column is republished with permission from Bacon’s Rebellion.