Can Free Speech Thrive in an Intellectual Monoculture?

My fellow members of The Jefferson Council and I are united in our determination to protect the Jeffersonian legacy at the University of Virginia, in particular to champion free speech and expression on the grounds. An internal debate we have is whether we should work with President James Ryan in advancing this goal or rather, seeing him as part of the problem, work to remove him. We have reached no formal conclusion.

Ryan has not been entirely unresponsive to our concerns. Most notably, he appointed a committee to draft a statement on free speech and expression, which it did and which the Board of Visitors formally adopted. But, as Ryan himself conceded, the challenge now is to actually apply those abstract principles to real world circumstances.

I have argued that it is meaningless to champion free speech if all UVa administrators and faculty members hew to the same narrow range of moderate-left-to-far-left worldviews and other voices are systematically weeded out through the hiring and firing process. Creating an institution where a “marketplace of ideas” leads to a vibrant exchange of views presupposes that participants actually have… different ideas.

While Ryan gives lip service to free speech and expression, only a narrow range of views are actually discussed in public fora at UVa. Peruse the events calendar of UVA Today, Ryan’s house organ, to see the parade of left-of center views and the paucity of right-of-center perspectives highlighted in university-sponsored events. The bias toward the left end of the ideological spectrum can be seen also in the appointment of faculty members and administrators.

Ryan’s leeward political tilt is evident in the creation of the supposedly non-partisan Karsh Institute of Democracy. In theory that $100 million Institute, made possible by a $50 million gift from Martha and Bruce Karsh, will, in Ryan’s words, “highlight the critical role of higher education in strengthening democracy and UVA’s aspiration and intention to lead nationally on this front.” 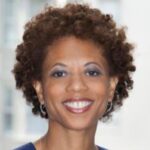 Who will run this Institute? None other than Melody Barnes, who served as director of the White House Domestic Policy Council under former President Barack Obama. By virtue of her high-level experience, Barnes is eminently qualified to opine on public policy. But, please, let’s not pretend that she is in any way “nonpartisan” or that the Institute itself will be. Unless strenuous conscious efforts are made to promote intellectual diversity, the Institute will reflect Ryan’s and Barnes’ views of the challenges facing democracy. And what might those views be?

We can get a sense of their biases in an op-ed they jointly published in USA Today, headlined, “American democracy is in danger. Here’s how universities can help to protect it.” UVA Today reproduced the op-ed here.

It starts off this way: “Five months after the insurrection of Jan. 6, the country is still waiting for answers. How could this have happened — and why? Who should be held to account for an attack on the heart of our government?”

Well, the mob invasion of the U.S. Capitol Building was indeed a disruption of the democratic process. The circumstances of that travesty, including then-President Trump’s role in it, is a legitimate subject for academic inquiry.

You know what else is a legitimate subject of academic inquiry? The Federal Bureau of Investigation confabulating the existence of collusion between the Trump campaign and Russian intelligence to fix the 2016 election, the role of the mainstream media in popularizing the conspiracy theory, and then the appointment of a special investigator to spend two years probing the theory amidst hysterical calls for impeachment — effectively kneecapping the president’s ability to govern. Trump is out of office now but the administrative state is not.

You know what else is a legitimate subject of inquiry? The transformation of traditional media from objective news gathering organizations into shills for partisan narratives, compounded by the power of tech monopolies like Facebook and Twitter (in social media) and Google (in search results) to restrict what Americans are allowed to see. Some people think that Russian tweets effected the outcome of the 2015 elections. Could the actions of Twitter, Facebook and Google have been decisive in 2019?

What did Ryan and Barnes have to say in their op-ed about those latter two threats to democracy? Uh, the topics never came up. Is there any realistic prospect that UVa’s shiny new Institute of Democracy will seriously explore them? It’s not impossible, but I’m not pinning my hopes on it.

“At its heart, a university … encourages and facilitates civil debate,” write Ryan and Barnes. “It brings together people with different experiences and points of view and — through university life and thoughtful engagement in the surrounding community — positions them to to interact, compromise and build the relationships necessary to foster respect. We won’t always agree, but our democracy compels us to learn how to disagree without destroying each other.”

Those are fine sentiments. I agree with them. And I can promise that The Jefferson Council will hold Ryan and Barnes accountable for living up to them. Ryan’s track record is not very promising so far. Review our posts and commentaries about Intellectual Diversity, Leftist Orthodoxy, and Freedom of Speech and Expression at UVa. But we can always hope for the best, can’t we?

I serve as vice president-communications for The Jefferson Council. The views expressed here are entirely my own, not those of the Council.

In my opinion, President Ryan, the Board, the entire administration, and probably most of the faculty are either committed to the racial justice, critical race theory, diversity and inclusion agenda or are too afraid to contest it. The only possible realistic way, it seems to me, to affect this agenda is to starve it of money. I believe Mr. Gardner estimated that approximately $150 million of donations had been withheld. I seriously doubt that these people will be deterred by reason, evidence or logic, no matter how well argued. And considering the size of the University’s endowment, it would take a major effort to make any real impact.