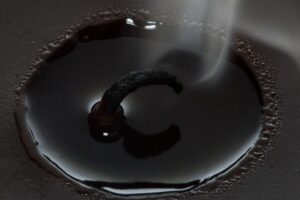 You should want universities to keep professors who conduct state-of-the-art research and excel at teaching their scholarly discipline. But that’s not what you’re going to get with the new guidelines issued by the UVa College and Graduate School of Arts & Sciences. (See the previous post.)

Pay raises and the annual reviews that affect them are powerful administrative tools that universities use to incentivize faculty efforts. Given that there are only so many hours in a day, faculty allocate their time towards areas that their employers reward and away from those that they do not.

Historically, faculty were rewarded for excellence in three areas: teaching, judged to great extent by student and peer evaluations; administrative service judged by one’s peers and immediate administrative supervisors; and research as evaluated by one’s colleagues or department chair. Deans and department chairs assess the value of faculty research by comparing the quantity and quality of a faculty member’s research to others’ research output in the department in question. These three areas served as the foundation of faculty evaluations, and with good reason. These three functional areas are the key areas of faculty work in support of research universities’ historic mission: the creation and dissemination of new knowledge.

What of community service? Contributions to democracy? Assistance to political campaigns? Historically none of these factored into a professor’s annual review and subsequent pay raise. With a politically diverse faculty, expecting faculty members to contribute to any single political or policy platform would risk alienating those faculty members who disagreed with the political or policy position the administration might support. So, for the most part, political activism as associated with one’s job was openly discouraged.

All of that is now changing. Today, university faculty and administrators form an ideological monoculture. Dissent from or disagreement with the university’s predominant political policy position is now actively discouraged. The faculty at the University of Virginia are now expected to toe the common line and pull towards one political objective, that of advancing the DEI agenda.

At UVA’s College and Graduate School of Arts and Sciences, the largest school at the university, faculty’s annual evaluation and in turn their future compensation will hinge not just on their teaching, research, and administrative service, but critically on their personal contributions to Diversity, Equity, and Inclusion (DEI) — a political agenda of the American ideological left.

While the university claims that it “does not discriminate on the basis of … political affiliation, … religion, sex, sexual orientation, veteran status, and family medical or genetic information,” its annual review and hiring practices do just that. As the Dean’s Office at the College of Arts and Sciences makes plain, their “goal is to embed diversity considerations across every mission area of the school. This approach is being used to address the need to enhance diversity and inclusion at every level.”

“Diversity” is the current code word for race-based affirmative action harking back to US Supreme Court Justice Lewis Powell’s diversity rationale in the landmark 1978 Regents vs. Bakke decision. There, by a slim 5-4 majority, the justices allowed the use of race in admissions decisions, not to make up for past wrongs or to compensate for current discrimination, but instead to foster a more fulsome educational environment based on the assumption that viewpoint diversity would be highly correlated with race or other group-based identities.

Whether one supports or opposes the use of affirmative action to affect the allocation of university resources, it is clearly a political policy issue. Voter ballot initiatives in states such as California and Michigan banned race-based discrimination in their university’s admissions processes. The University of Virginia continues, legally, to consider race and other group identities in their admissions process.

It goes far beyond a defensible disagreement on a public policy issue to tie employment, pay raises and professional advancement to one’s political views. Diversity statements punish faculty members for political views that depart from the accepted orthodoxy, and do what the university has pledged not to do — discriminate on the basis of political views.

Allan C. Stam is a University Professor of Politics and Public Policy at the University of Virginia.

Very very dangerous precedent that UVA and most other universities are instituting for evaluating university professors.

Thank you for shining a bright light on this important subject!

Superb article, Professor Stam, and thank you for bringing this to light. No professor should be forced to comply to social behavioral activities that are outside the purview of his/her job duties and responsibilities.

This is no different than the Senator Joe McCarthy era “House on Unamerican Activities” in the 1950’s outing politicians, actors, and businessmen who were perceived to be strongly aligned with Communism. The liberals of that era howled in righteous indignation against that supposed attack on First Amendment rights. This is no different…..except it’s now the Far Left pushing their DEI agenda.

Can you spell hypocrisy anyone?

Last edited 1 year ago by Wahoo74
0
Reply
wpDiscuz
3
0
Would love your thoughts, please comment.x
()
x
| Reply
%d bloggers like this: