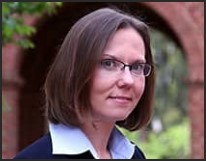 There is a shortage of doctors, scientists, engineers and other employees with STEM (science, technology, engineering, and medicine) backgrounds in the U.S. economy. One reason is that American institutions of higher education aren’t turning out enough graduates with STEM degrees. And a big reason for that is that roughly half the students who enter STEM programs drop out. The labor shortage is especially marked among Hispanics and African-Americans.

The University of Virginia is trying to address disparities in STEM degrees awarded by applying university funds to leverage a grant from the Howard Hughes Medical Institute — $7.7 million total over five years — to support the Driving Change and Inclusive Excellence 3 initiatives that aim to “enhance the academic experience and success of STEM students, particularly those who belong to historically excluded groups.”

The project director is Josipa Roksa, a professor of sociology and education who gained notoriety a decade ago as co-author of “Academically Adrift,” a book that showed that more than one-third of college students showed “almost no significant improvement in learning” during their four years in college. Since then, her research has focused on racial/ethnic inequalities in learning.

The underlying problem is that many students who enter UVa STEM programs are academically unprepared for the courses taught.

“Students come into a rigorous academic environment,” said Provost Ian Baucom. “Not all students are equally prepared.” There are notable disparities in preparedness by race/ethnicity, gender, and socioeconomic status, he added.

Roksa’s presentation was focused more on the need for the program rather than detailing how the pedagogy might be restructured. But she did provide one example.

“Do we have a sense of why students don’t feel like they can do the work,” one board member asked.

“I’m not sure they can’t do the work,” Roksa responded. Rather, she said, “the conditions we create in our STEM environment are not conducive” to learning. For instance, she said, students from Southwest Virginia who attend schools with 50 kids in their grade might find it difficult to transition to an introductory STEM class at UVa where ten times that number might sit in an auditorium while a professor — “who is just a person on the stage” — lectures to them. “You don’t feel connected.”

The board meeting was running behind schedule so there was little time for discussion. No one asked an obvious question: Why is UVa admitting students who are academically unprepared for its STEM programs?

RE “Why is UVa admitting students who are academically unprepared for its STEM programs?”

Answer: For the same reason every so-called “elite” institution of higher learning is?

Virtue-signaling is not the same as virtue. And the virtue-signaling is being paid for by the citizens of the Commonwealth. And being borne by kids who do not get admitted so UVA can create statistics that makes UVA fall in line with the other so-called elite schools. And all while watering down academic metrics.

UVA has lost its educational mission. It is on a sociological, and I think political, mission.

Read UVA Today’s story on UVA Law dropping out of the US News rankings. Why? Other than Yale started it and UVA, under Jim Ryan, has Yale and Ivy Envy and has to fall in line with “its betters.”

I’ll ask a 2nd question. If you come from a small high school in SW VA and don’t feel comfortable in a large class, then don’t go to a large university like UVA. Go to a small school – Radford, Longwood, etc.

How will these snowflakes fare in the real post-college world? Will they not apply to “big companies” since they find large numbers psychologically overwhelming?

I had classes of 30-40 in high school and had to deal with large lectures at UVA. It’s called adapting and coping with life.

Wondering what SW VA has to do with it? And if you don’t feel comfortable in a large class, why not go to a large university like UVA? Maybe the larger university offers more courses that the student wants, and/or maybe it has a better reputation than the smaller school(s). As you said, it’s called adapting and coping with life, and perhaps the student is wise enough to want to face this challenge.

Vast class population is no way to teach and foster learning. There is a great temptation to admit students who are clearly unprepared to meet university policy goals.If this is the practice, then perhaps a tutorial year is needed to get them up to speed so they have confidence and can be successful. Not certain the sociology approach will do much.

I think Dr. Roksa is very much on the wrong track as to a solution. Many students, especially minorities, do not do well, as they do not have the proper preparation in their schools prior to college or university. Rather they are “passed on” so as to meet some liberal goal. Take the City of Charlottesville. They had a school system that had classes that rewarded superior students with classes that rewarded their superior work ethic. (i.e advanced classes). This system was deemed inequitable and the system was changed so that all kids could take these classes. The result has been failure. If students want to take STEM classes and test into the class as having the background to succeed then they should be allowed into the class. If they do not have the test scores…then in a small class setting they should take remedial classes in the appropriate subjects until they can “test into the STEM class of their choice… The irony here is that in trying to be “equitable” …we have essentially condemned minority students to mediocrity.

I am a Math professor (no, no connection to UVA, but I live in the area and very saddened to see what is happening in our country with hard left ideologues and propagandists erasing all of our history under the pretext of the new buzzword called “equity”, which is absolute poppycock).

I teach lots of minority students and the vast majority are woefully unprepared. I have dedicated my life to helping them overcome that and be truly prepared for Math, and I have seen remarkable success stories. However, I am thankful to work for institutions that do NOT make excuses for failure and do not substitute success with “equity”. Equity is really about dumbing down and dragging everyone else down to the level of dumb and dumber, because the hard left can’t stand any individual who shines and shows that hard work gets results in Math and Science.

I would be disgusted if I had to work in an environment like the current UVA. I am sorry for its honorable alumni and current students who are trapped and are attacked relentlessly by the UVA administrators.

Thank you for this article.

And thank you for stating the sad truth. We have to keep standing up and stating it. Like most things in life, effort does get rewarded. “Marginalized” INDIVIDUALS, not “COMMUNITIES,” can succeed, but it takes work. People are individuals, not groups. Not all individuals in a “community” want to do the work to be at the top. This is true of the upper echelons as well as the lower echelons – free will…