How to Live Free 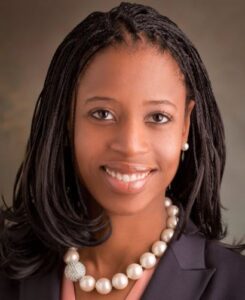 When Mia Love spoke at the University of Virginia last night, she could have told insider stories about her two terms as the only Black female Republican elected to Congress. She could have dished juicy details about what it was like as the sole GOP member of the Congressional Black Caucus, or the frustrating conversations with President Trump about recruiting Haitian immigrants into the Republican Party, or the $450,000 she had to raise and hand over to GOP party leaders to secure preferred committee assignments. She could have talked public policy about issues she cares about such as abortion or the nation’s profligate fiscal and monetary policies.

But she didn’t. Since losing a razor-thin re-election bid in 2018, she has been residing happily with her husband and three children in Salt Lake City. Although she appears as a talking head on CNN, she is writing a book and her thoughts have turned to a more inspirational direction.

Drawing heavily from personal experience, Love used the speech to explore how to live a life of freedom, integrity and purpose.

Love was raised in New York City as the daughter of Haitian immigrants. Her father, she told the audience without elaboration, fled the dictatorship in Haiti. (Her Wikipedia biography notes that he had been threatened by the Tonton Macoute, the Haitian secret police.) Her parents came to the United States — legally, she said pointedly — on a work visa and never left. It was the old “my father arrived with $10 in his pocket” story. Neither parent spoke English. Although Love was born in the U.S., her two older siblings remained in Haiti until the family could be reunited five or so years later. Her parents worked hard and climbed into the middle class, her father as a paint-company manager and her mother as a nurse.

Love said she learned from her father how special freedom is. “The flame of freedom in my life was sparked by my family. … My parents’ dream was to educate their children free from dictatorship.”

She told the story of the day her brother and sister arrived at JFK airport to rejoin the family. She had been the only child for five years and didn’t quite know what to make of her older siblings — “I was wondering who these people were.” Overjoyed to see their children after so many years, her parents showered them with love and attention. Feeling left out, little Mia felt behind as the family walked through the airport parking lot. Her father took notice of her disconsolate appearance and put down her nine-year-old brother whom he was carrying in his arms, ran back, and picked her up. “I haven’t forgotten you,” he said.

As she reflects upon that moment, she says, it was transformative. “My family has always been my light.”

Love alluded in her address to political issues of the day, not with partisan intent, but to illustrate disconcerting flaws in the public discourse. She takes issue with what she calls “false choices” — either you’re pro-environment or you’re pro-oil company, either you’re pro-choice or pro-life, as if there were no positions to stake out in between. In a similar vein, she made the case for civil dialogue, “It’s OK to disagree.”

Love touched upon the Critical Race Theory controversy raging in schools, but said it was “just one idea out there.” She told a story of when her daughter was in the 4th grade. The teacher was talking about slavery and Civil Rights for Blacks, and then pointed to her daughter (who is bi-racial) and asked the students, aren’t you glad that things are different now? The kids had never paid any attention to her daughter’s race before then. After the teacher’s well-meaning comment, they zeroed in on her daughter’s differences.

She also recounted how her son came from school one day and said, “Mom, I don’t think there’s a god.” They’d been studying Greek mythology, and the teacher had explained how the Greek gods were made up by men. Love and her husband are strongly religious, but her response was measured. She explained her perspective but added, “Don’t take my word for it. Think for yourself.”

The struggle for freedom in the face of power was a recurrent theme in her speech. But her outlook was optimistic. Her advice:

Find a sense of purpose. “Choose a big goal and move to it relentlessly.”

Achieve mastery over self. “Self-discipline equals freedom.” If you are driven by impulse, you will go nowhere. Don’t drift.

Learn from adversity. Failure is not final. The only thing that makes it final is if you choose not to learn from it.

Be the author of your own life. Speak up for yourself. Think for yourself.  Act, don’t stand by — but always think before you act. “You don’t want to wind up on YouTube.”

In conclusion, she said, “You get to choose how ordinary or extraordinary you’re going to be.”

Full disclosure: Love’s speech was co-sponsored by The Jefferson Council. I serve on the board of directors.

Jim, great summary. Mia Love is a true inspiration. She gave a superb, non-partisan talk about parents who epitomize the American dream and succeeded through hard work and perseverance. Love of family and actions grounded in ethics are the core of her value system.

Mia Love’s life lessons should be a family primer for all of us.

Great article. Thank you. Gratitude as demonstrated by Mia Love in all things is such a powerful and healing antidote to the hate and anger as daily projected by the left. Is it not clear that those in our culture whether in government, education, and media who seek to destroy the very positive characteristics that have led immigrants to want to come here should be diminished and not be allowed to pollute, infect, indoctrinate and poison the minds of our most precious citizens, our children? We are already paying a price. Is it not time now to act?