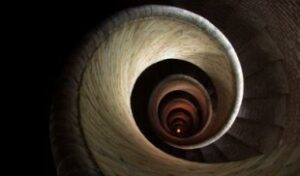 “And when memory failed and written records were falsified—when that happened, the claim of the Party to have improved the conditions of human life had got to be accepted, because there did not exist, and never again could exist, any standard against which it could be tested.” — George Orwell, “1984”

Charlottesville City Council recently voted to give the city’s Robert E. Lee statue to The Jefferson School African American Heritage Center. The “Jefferson Center” (a deceptive name for a school that hates Jefferson) proposes to melt the statue and remold it into a new piece of public art that “expresses the city’s values of inclusivity and racial justice. … Our hope … is to create something that transforms what was once toxic in our public spaces into something beautiful and more reflective of our entire community’s social values.”

According to WINA News Radio, The Memory Project of the Democracy Initiative of the University of Virginia and other persons and entities, including the George Soros Open Society Foundations are listed as the first sponsor of this initiative.
Does anyone else find it contradictory for the “Memory Project” to sponsor the melting down a of 12-ton statue memorializing an important historical figure? It seems to me that destroying a historic work of art — and the statue is art, even if you hate Robert E. Lee — is actually destructive of “memory.”

Here is the Memory Project’s self-description:

The memory project is part of the University of Virginia’s Democracy Initiative in the College and Graduate School of Arts & Sciences and is partially funded by the Mellon Foundation. It promotes research, curriculum development, and public engagement to address issues of public memory, memory conflict, and memory politics in the wake of the white supremacist violence in Charlottesville in 2017.

Check out the Director and Advisory Board tab from the website. The Director “…teaches courses on race, religion, and social change movements, and is … (a) scholar-activist … and leads public history events focused upon Civil War memory, Jim Crow, and local African American history. She cofounded the 2019-2020 Monumental Justice Virginia campaign which successfully lobbied the Virginia General Assembly to overturn a century-old state law which had prohibited localities from removing Confederate statues.”

One advisor investigates “…the relationship between the legacies of slavery and democratic possibilities in the U.S.”

Two of the statue melters are involved in architecture. But my favorite “Advisor” is Dr. Andrea Douglas, “…Executive Director of the Jefferson School African American Heritage Center and co-chair of the President’s Commission on the University in the Age of Segregation.”

Wow. What amazing coincidences! Is this incestuous? And all done with tax-exempt foundation money… to advance… what? The black-washing of history? How about straight up racial divisiveness? John McWhorter has famously said the wokism is the religion of no forgiveness. “The Memory Project” is not about “memory.” It is about re-writing history.

If you think UVa President Jim Ryan really cares about Thomas Jefferson and his historical greatness (besides founding the school that pays him nearly $1 mil a year), I have some oceanfront property in Arizona for you. Look at who he appoints. Personnel is policy.

However, in the off chance that the “new” statue will be community-based, and reflecting its “values,” I would like to suggest three themes – a gulag, Dachau or a Uighur slave labor camp. Just trying to help.

Thomas Jefferson was one of the most important champions of liberty and equality in history. His declaration, “We hold these truths to be self-evident, that all men are created equal, that they are endowed by their Creator with certain unalienable Rights, that among these are Life, Liberty and the pursuit of Happiness” changed world history. Jefferson had the courage to put these ideas into practice. He started the process to defend natural rights and eliminate slavery in America when slavery was common world-wide. This, along with numerous other achievements, should be the overriding view of Jefferson.
That the president of Jefferson’s University does not have the courage to defend Jefferson’s monumental reputation is hugely disappointing. We deserve better.

Only if it fits the Ryan/Magill woke agenda.