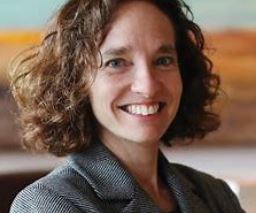 Risa Goluboff, dean of the University of Virginia Law School

“Our new and incoming faculty are either already academic superstars or superstars in the making,” said Dean Risa Goluboff. They are “highly influential voices in their fields whose scholarship will have an impact at UVA Law, both inside and outside of the classroom, and well beyond it.”

The law school’s run of prestigious hires, who include nine women and seven “people of color,” have sparked envious praise on Twitter, gushes the article, written by Eric Williamson, associate director of communications for the law school. “I feel like they must be amassing this incredibly all star faculty for a reason,” one woman is quoted as tweeting. “A new Marvel series? Avengers: Endgame 2?”

The article omitted one salient fact of interest to the broader UVa community — there is no intellectual diversity in the group. Every new hire tilts to the left ideologically. There’s not a conservative among them.

Goluboff, who has written extensively about the injustice of vagrancy laws, is remaking the faculty in her own image. When older professors reflecting a range of legal perspectives retire, Gobuloff brings in like-minded leftists. In the process she is creating an intellectual monoculture that makes a mockery of the university’s commitment to free inquiry.

Here are thumbnails of the seventeen.

These new law professors specialize in different areas of law, but they have one thing in common: a readiness to use lawfare to bring about fundamental change to society. Pity the poor law school student who enters the law school based upon its past reputation for excellence only to find stultifying intellectual conformity.