Policies at War With Themselves

University of Virginia President Jim Ryan and Provost Ian Baucom have finally begun to engage in a discussion about university “cancel culture.” In the abstract, they’re against it. Their latest musings represent a step beyond the mere protection of free speech, which the Board of Visitors had endorsed previously, toward respectful engagement of people with different views.

“We can teach our students not only about the right to free speech but also how to be empathetic speakers and generous listeners,” they wrote in the higher-ed trade publication Inside Higher Education. “We should teach them to dismantle arguments, not people.” 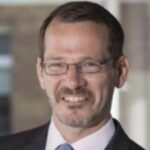 Cynics have ample grounds, however, to wonder if this shift in rhetoric represents anything more than a tactical trimming of the sails in the face of temporarily adverse political winds, which include a Republican House of Delegates exercising control of state aid to higher education, a Republican governor who campaigned against “divisive concepts” inspired by academic Critical Race Theory, and an Attorney General who has demonstrated a willingness to combat the legal recrudescences of leftist ideology.

Furthermore, skeptics may suggest that there is a vast difference between touting in speeches and essays the virtue of “listening,” and applying the principle in concrete situations like the Kieran Bhattacharya case (questioning the logic of microaggression theory), Morgan Bettinger case (off-hand quip misconstrued as a physical threat), or the Jeffrey Leopold case (joke misconstrued as racist insult).

But let us take Ryan and Baucom at their word and see what they have to say. If the first step toward meaningful change is to articulate the problem, then their missive might be construed as progress of a sort. They write:

Attempts at censorship … are a cure that is worse than the disease. We should be concerned about self-imposed censorship, to be sure. But we should be a lot more concerned about censorship at the hands of the government – or university leaders, for that matter. We will be in a far more dangerous place if the answer to controversial or uncomfortable conversations is to silence them.

We have been providing opportunities for students with differing views to have respectful conversations on hard questions, both in class and outside it. We have tried to model respectful disagreement by bringing in speakers with opposing views to debate current events. We’ve launched a new general education curriculum that includes courses designed to help students thoughtfully engage differences of background, history and perspective. We have partnered with StoryCorps to bring together pairs of individuals on different sides of the political spectrum to have conversations. Students participate in debating and literary societies, and some produced a documentary called Common Grounds, exploring political differences and common interests among our student body. We have sponsored events where members of our community have a chance to tell their stories, in the hopes that it will not only generate empathy for the speaker but make clear that everyone has a story – which you should learn before you judge.

Ryan and Baucom call for patience and persistence. A university culture cannot change overnight, they say. “The work of education takes place over years, not days. In a media and political culture that thrives on outrage, we also know that any efforts and gains we make can be easily forgotten with a single episode or account of intolerance.”

Bacon’s bottom line: Ryan seems to be trying, but he is working against himself. Even as he he preaches free speech and listening to others, the range of faculty views heard at UVa is rapidly narrowing. As measured by donations to presidential candidates, the partisan makeup of UVa faculty and staff went from rough parity 40 years ago to a 25-to-one Democratic/Republican ratio in 2020. The university subculture is increasingly unrepresentative of mainstream American culture.

Political scientists use the term, “the Overton Window” to describe the spectrum of ideas on political and social issues that are considered acceptable by the general public at a given time. Thus, in 2022 the American public deems White supremacists marching around with tiki torches, brandishing swastikas, and chanting, “They will not replace us,” as beyond the pale. White supremacists may enjoy the right to speak and assemble, but they are not entitled to a respectful hearing in the public discourse.

In a university with a leftist monoculture, the Overton Window is much narrower — and farther to the left. Thus, for example, many believe the 49% of the population that voted for Donald Trump to be White supremacists, and their views to be as racist and outre as those of a sheet-wearing Klansman.

What Ryan and Baucom fail to appreciate is the fact that they have hoisted into place policies — Diversity, Equity & Inclusion criteria for hiring, training, and annual reviews — that require everyone to adopt a leftist, intersectional, social-justice worldview of the most pressing social issues of our time, or suffer the consequences. These policies inevitably will filter out anyone with contrarian views, and the Overton Window within the university community will grow ever narrower.

In essence, Ryan and Baucom are advocating the impossible — to listen to others with different views, even as they engineer a steadily constricting range of permissible ideas. The effort is doomed to failure.

Great points Jim. Based on observing the past behavior of this university administration it will indeed be impossible for them to foster intellectual diversity while at the same time stamping out what remains of it. Guys like Ken Elzinga can’t last forever. What will he be replaced with?

I am extremely disappointed with the changes to the Honor System and lack of respect for the founder of our university. I intend to express my opposition financially to the changes being made