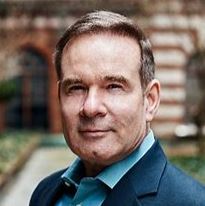 The politically one-sided “news” in UVA Today makes me wonder if any editor knows anyone who voted for Trump last November, and surely makes me believe there is no chance students get anything other than an indoctrination – not an education from a world-class institution of higher learning.

The March 26th email featured a “fan girl” pre-game of what to expect from President Biden’s first press conference, including this quote from Barbara Perry of the Miller Center: “He seems to me more relaxed now than I ever remember him in his career… He’s both genuine and authentic, but he’s taken on the mantle of the presidency and the dignity of the presidency.”
Looking at Ms. Perry’s CV and her attributed articles, I would suspect she was/is a moderate Republican driven to Never Trumpism.

But I don’t have any problem with her – she has the right to her opinions. My big problem was the featured article on the Miller Center’s website, which I find stereotypical, racist and offensive – certainly below academic precision or excellence. “White Christians” are out of touch with America and have trapped Republicans — presumably from agreeing with Democrats and destroying the mythical “unity.”

The number of false premises in the first two paragraphs make me doubt the author, Mr. Steven, Gillon, ever spent any time in Oklahoma, even though his CV states he was founding dean of the Honors College at the University of Oklahoma.

GOP leaders and the conservative media ecosystem have spent the last few weeks focused on inflaming the culture wars, he says. They’ve railed against the decision to stop publishing six Dr. Seuss books, falsely claiming that the childhood classics have fallen victim to liberal cancel culture, and complained about changes to the Potato Head line of toys.

Simultaneously, Republican state lawmakers have continued waging a war on democracy, passing new laws that would eliminate vote-by-mail and early voting programs that were popular with Democrats in 2020, especially among minority communities. According to the Brennan Center for Justice, Republican lawmakers have introduced more than 165 bills in 33 states to limit ballot access.

Where to begin? The conservative media ecosystem? You mean the part that hasn’t been censored (yet)? Inflaming culture wars? Because, of course, nothing the Democrats do is ever political or inflammatory. Falsely claiming cancel culture over Dr. Seuss books? They were canceled, weren’t they? Meanwhile elected Republicans are “waging war” on democracy and attempting to “…limit ballot access.” Trying to ensure the “one man, one vote” principle is not a “war on democracy,” nor is it an attempt to “limit ballot access.” Unless of course you are a racist anti-racist who believes minorities lack the ability to have an ID or to go to the polls on election day like the “white Christians” do.

It might surprise Mr. Gillon to understand that there is a world of people out there who do not believe in The DaVinci Code, or current Democrat party orthodoxy, as their Bible.

His article conveys the same cocksure self-assuredness of the contextualizers – the belief that they are the enlightened and entitled to judge. Those evil Christians, of all colors and continents, are at least smart and humble enough to not presume that for themselves.