The New McCarthyism at UVa 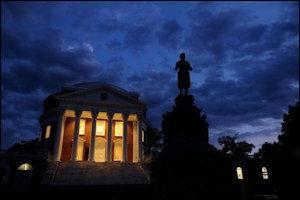 One of my earliest memories is sitting with my mother as a pre-kindergartener watching the McCarthy hearings in the spring of 1954. Television was a new medium for most American households and the bombastic anti-communist antics of the junior senator from Wisconsin held the population enthralled for months. But, while television gave Joe McCarthy the exposure and notoriety he craved, it also spelled his doom, as more and more citizens came to realize that his agenda of intolerance and intimidation did not represent the American way. In fact, so many Americans were disenchanted and disgusted with the senator’s methodology that the term “McCarthyism” became a widespread derogatory term — which would become synonymous with authoritarian behavior characterized by thought indoctrination, loyalty oaths, and intolerance and punishment for dissenting views.

For over ﬁve decades, most American institutions eschewed tactics and agendas that reeked of McCarthyism. Which is why it is so disheartening and frightening to witness so many current institutions embracing the attributes of
McCarthyism — especially the one institution where it should be absolute anathema, but where it is most pronounced — our college campuses.

Unfortunately, this includes my alma mater, the University of Virginia, whose founders, Thomas Jeﬀerson and James Madison, were the individuals most responsible for our Declaration of Independence and Bill of Rights, the two pillars of American individual rights and freedoms. And just as the illuminating screen of television revealed the evils of McCarthyism, for those concerned with a free exchange of ideas and a level playing ﬁeld of learning in higher education, it is important to shine the light of truth on the inappropriate and dangerous indoctrination ﬂourishing at UVA. END_OF_DOCUMENT_TOKEN_TO_BE_REPLACED 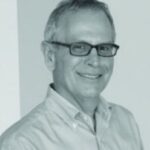 Letter from Joel Gardner, author of “From Rebel Yell to Revolution,” to President Jim Ryan.

First, I would like to thank you once again for being on the zoom call last week. I thought it was a very worthwhile discussion, but unfortunately, with the limited time allotted, it was only possible to skim the surface of the many crucial issues now facing the University. And as someone who has closely followed the history of the University on a real time basis for the past five decades as a Double Hoo, two time parent, member of four University boards, inveterate fundraiser and University historian, I truly believe we are at a decisive inflection point in our University’s existence.

With that in mind, I will take you up on your suggestion for us to send you recommendations and advice on how we might together address some of these critical concerns. In that regard, I’m sure you will be pleased to know that this will not include recommendations regarding the Lawn room signs. I will omit this for two reasons. First, I am sure you have already heard every iteration of the various arguments. Second, while I still disagree with how the University approached this issue, I believe you made a cogent and reasonable argument supporting your actions–in effect that forcibly removing the signs would make those students martyrs and only increase support for them among other students and faculty who thus far have not been generally supportive. Moreover, the Lawn room debacle is but a symptom of a much larger and more important set of problems at the University. END_OF_DOCUMENT_TOKEN_TO_BE_REPLACED

Posted in Freedom of speech and expression, Intellectual diversity, Race, Equity and Diversity