The Commissars of Charlottesville 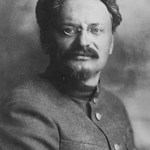 The military commissar is the direct political agent of Soviet power within the army. His post is of the highest importance. Commissars are appointed from the ranks of exemplary revolutionaries, capable of remaining the embodiments of revolutionary duty at the most critical moments and under the most difficult circumstances…. The military commissar ensures that the army does not become isolated from the Soviet system as a whole and that individual military institutions do not become breeding grounds for conspiracy.

With commissars at every level of the army, they had their own reporting chain independent of the operational chain of command. And punishments both quick and much to be feared.

Progressives, themselves unwilling to entrust the revolution to those who may subvert it, are fond of similar structures.

Witness the broad and deep Diversity, Equity and Inclusion (DEI) system at the University of Virginia.

Pew Research recently found that 74% of Americans rejected race or ethnicity as an appropriate factor in college admissions. That included solid majorities of Whites (80%), Hispanics (67%), Blacks (62%) and Asian-Americans (59%).

Clearly the nation has seen enough of what Chief Justice Roberts denounced as “this sordid business” of “divvying us up by race.”

Progressive academia (the adjective is repetitive) does not care.

He called it a fraud.

It is worse than that. I will share details of the dystopian conditions under which he is working.

The DEI political control network at UVA is based upon a forthright design proclaimed with the August 10, 2020 publication of “Audacious Future: Commitment Required” by the University’s Racial Equity Task Force.

That task force was led by Kevin McDonald, University Vice President for Diversity, Equity, Inclusion and (now) Community Partnerships, who was thus privileged to serve as architect of his own empire. 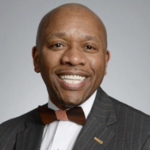 Like all such documents, it offers a goal of equal opportunity, a foundational American principle.

When you read “Audacious Future,” you will see that it is singularly focused on equal outcomes.

Equity demands that we not only include a diverse population, but that we reimagine how the institution operates so that all people are equally likely, statistically, to join, to contribute, to thrive, and to exercise authority, influence, and governance in determining the shape and future of the institution.” [Emphasis added.]

Through what “Audacious Future” calls “courageous investments in repair, in redress, and in restoration.”

The authors left no need for clarification.

The money. Then there is the money for those courageous investments.

“Endow equity” is not a throw-away term. Of endowments the report writes:

They ensure that commitments will be sustained through leadership changes or loss of institutional focus.

Progressives move whenever possible to permanently fund their pet projects outside of budget controls. If nearly a billion dollars seems high, then that is our problem.

Quotas. Then (I admit to being surprised) they published in-your-face quotas.

4. Commit to REPRESENT VIRGINIA in student body demographics: Recruit, admit and support an undergraduate population that reflects the racial and economic demographics of the state of Virginia.
5. Launch INCLUSIVE FACULTY INITIATIVE: Reform search, hiring, mentoring, promotion and retention practices and double the number of underrepresented minority faculty [Emphasis in the original.]

There is not even an attempt at pretense in these provisions. No “holistic view.”  Even the Bakke court would have rejected this travesty.

Control mechanisms. For the recalcitrant, they have watchmen, reeducation provisions and punishment mechanisms.

2. Launch the EQUITY SCORECARD: Develop a scorecard of institutional racial equity goals that are posted publicly, reviewed annually, and used in leadership performance evaluations.
3. Fund the Division for Diversity, Equity, and Inclusion: Fund and empower the DDEI so that it can fulfill its overall mission and execute or coordinate efficiently against all of these initiatives.                     8. Provide ANTI-RACISM EDUCATION: Empower all members of the UVA community with the courage, understanding, knowledge and skills to take effective anti-racist actions and to foster a culture of belonging and inclusion.
9. REVIEW TENURE AND ACADEMIC POLICIES: Review Promotion and Tenure policies and other academic policies to ensure that they advance principles of racial equity and global best practices for inclusive excellence.

That mirrors exactly the structure of Trotsky’s political commissariat.

Those mechanisms are not aspirational at UVa.

There are associate deans for Diversity, Equity and Inclusion everywhere. Looking over the shoulders of the deans, staff and faculty for signs of lack of enthusiasm for the program. And reporting both to their own deans and to the University Vice President for Diversity, Equity, Inclusion.

That University Vice President is Mr. McDonald, who led the development of and signed “Audacious Future.”

Accountability. For a sample of DEI accountability approaches, see this one from the Office of the Provost:

Accountability
• Ongoing accountability was an expressed concern of the directors and other provost unit staff.
• The provost office should incorporate DEI and IE into annual reporting and assessment processes as an important signal and first step towards accountability. At every level of the organization, employees should be asked about their contributions and work in relation to DEI and IE.

This one from “Audacious Future”:

Understanding race, racism, and white supremacist practices, and identifying productive ways to dismantle these harmful policies and practices, is a life-long process that requires ongoing learning.

…Schools should customize anti-racism offerings to specific disciplinary needs. Additionally, schools and departments should holistically integrate issues of racial equity into academic requirements so that every student has a rigorous engagement with questions of race and equity as applied to that particular discipline.

Tenure and Academic Policies. Under that heading there is a list of actions including:

Policies or practices that could be introduced to advance greater equity, including anti-racist, anti-sexist policies, education about bias and psychological burdens (e.g., stereotype threat), transparency norms and requirements, and other processes based on evidence-based best practices.

No “breeding grounds for conspiracy” will see the light of day.

Admissions. I spelled all this out and quoted most of it because any summary would have been as unbelievable to readers as the text was to me.

The Supreme Court will, in June, throw out as unconstitutional the use of race to discriminate for or against any applicant to a college that spends federal money.

We will have to see how quickly the Board of Visitors acts to bring UVA into compliance.

Employment. Then there is, of course, employment discrimination.

The statement of fealty to and active participation in DEI required of applicants for employment at UVa is utterly abhorrent.

The leaders of the Diversity, Equity and Inclusion movement at our state universities cannot answer when asked for metrics for when their work will be done. Perhaps the “life-long process” comment is a hint of their timeline.

The DEI structure has absorbed some good long-time programs into their sphere like the Office of Equal Opportunity and Civil Rights, Title IX and some student safety programs, but there is no doubt what is the tree and which are the ornaments.

Constitutional protections. Applicant, student, faculty, and staff lawsuits alleging violations of federal and state constitutions and laws will multiply like flowers in springtime.

Everything about the overt discrimination, hostile working environment and racial quotas of this new DEI offends constitutional protections of freedom of speech and equal protection before the law.

The Board of Visitors is thick with lawyers. We wonder then why this regime has been allowed to get this far.

Perhaps the Attorney General can ask them.

Question: The program outlined here calls for hundreds of millions of dollars funding. Where is that money supposed to come from?

Do you have a mirror?
Also, the slush fund otherwise known as the “Strategic Investment Fund”
https://sif.virginia.edu/

Check out the “funded” projects…

To understand how we got to this point, the impact, and suggested remedies, I recommend “The Breakdown of Higher Education,” by John Ellis.

To understand how academia got this way, the repercussions, and suggested remedies, I suggest reading “The Breakdown of Higher Education,” by John Ellis.

All pushed and supported by Pres Ryan, the equity King. The same King TJ all warned us about – it’s called tyranny. Ryan even told parent of student who doesn’t want vax, they don’t need to go to UVa. Tj wrote about people like him- that they are the enemy of freedom. But specific to DIE, oh oops DEI, it’s all a sham to push division between people who would otherwise get along. Because that’s what communism needs to grow- it’s needs division and UVA is happy to help it along with its whole agenda.