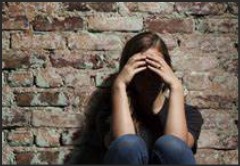 As the debate over de-platforming former Vice President Mike Pence plays out in the pages of the University of Virginia student newspaper, a recent column illuminates, albeit unwitting, the complex interplay between mental illness, sexual orientation, fragility, and intolerance toward views people find uncomfortable.

Mental illness is rampant in American society today, especially in the so-called Generation Z. An increasing prevalence of anxiety and depression has emerged as a major challenge facing colleges and universities in Virginia, and across the United States. A month ago, students at James Madison University staged an occupation of Alumni Hall. Their demands: more resources and special allowances for students suffering from mental illness. UVa is no exception to this trend.

The anxiety and depression experienced by young people are very real, and those who suffer deserve our sympathy and support. But their anguish does not give them the right to cancel the rights of others.

Within that context, a young woman wrote a letter to The Cavalier Daily expressing her reasons for wanting to ban Pence from the Grounds. I do not use her name because I do not want to expose her to ridicule or otherwise add to the burdens she bears. Her story, though, is telling.

The young woman has suffered from depression and suicidal ideation. “I came out towards the end of my senior year of high school and did not feel comfortable acknowledging my sexuality in my hometown,” she writes. “I figured college would be this amazing place to learn who I was and express that safely. I could not have been more wrong.”

Last semester, being gay here and dealing with homophobia became too much. As a first year, I struggled with what my expectations of college were supposed to be, especially as it related to being true to myself and my sexuality. I believe in complete honesty, which is why I will share that I became depressed and suicidal last semester over how othered I felt here. I was made to feel like there was something wrong with me because I am gay. I seriously considered transferring. Ultimately, I decided that I wanted to stay here and fight for equality and change so that future LGBTQ+ students would never have to feel the way that I did.

Let us pause a moment to consider that there are few places in Virginia that are more accepting and affirming of gays than UVa. UVa’s Diversity Council has maintained a LGBT Committee since 2011 that holds events and makes recommendations on how to make the university more inclusive. The Lesbian, Gay, Bisexual, Transgender, Queer, and Questioning (LGBTQ) Center “works to raise awareness and inclusion of sexual and gender diversities” on the grounds, provides a “welcoming physical space,” and organizes LGQTB programs. There are student organizations geared to gays, such as Hoos for Inclusive Sexual Education, oSTEM, the Q* Anthology of Queer Culture literary magazine, Queer Grads social events, Queer Student Union, a queer and allied, gender-inclusive fraternity, and UVA Pride LGBTQ faculty-staff-grad student network.

LGBTQs are far from an invisible minority at UVa. According to a 2018 campus survey, 17.6% percent of those surveyed identified as gay, lesbian, bisexual, questioning, queer, pansexual, or asexual — more than one out of six individuals. When asked if individuals of “my sexual orientation” are respected at UVa, only 6.2% responded that they disagreed, somewhat disagreed, or strongly disagreed with the statement. The overwhelming majority reported various degrees of acceptance.

Nevertheless, the young woman who wrote the letter feels “othered.” Nearly a third of gay young people, she says, have attempted suicide, often due to discrimination and bullying — although she does not mention having been bullied herself. It is important to consider how inviting someone like Pence, a cultural conservative, to the University will impact LGBTS+ students, she says. “I do not feel comfortable being in an academic environment where anti-LGBTQ+ individuals are welcomed with open arms to speak,” she writes. “We cannot invite people into our home who deny any part of our community or its humanity.”

(Whether her perception of Pence as an anti-gay bigot is accurate or a libel is a legitimate question, but I’ll defer that discussion for another occasion.)

As the author makes clear, there is a significant overlap between students with non-heterosexual orientation and those with mental illness. And she is far from alone in feeling that her fragility should give her veto power over who is allowed on the grounds.

It is a legitimate question to ask if we are helping young people experiencing anxiety and depression by creating cocoons that allow them to avoid unpleasant thoughts. In “The Coddling of the American Mind,” Greg Lukianoff and Jonathan Haidt argue that university policies designed to protect the  emotionally vulnerable are harmful — the rhetoric reinforces what they term “mental distortions” that amplify anxiety and depression.

A related question: what gives emotionally disturbed people the right to dictate whom other people get to hear? No one is compelling the young woman to attend Mike Pence’s speech. He is no more threatening to her by voicing his views in a lecture hall on the UVa grounds than he would be delivering his speech at a Charlottesville hotel… or at a venue 100 miles away. But, if the young woman had her way, conservative UVa students would be deprived of the ability to hear Pence in person.

Thankfully, the UVa administration has made no indication that it intends to cancel Pence’s invitation. The young woman has my sympathy. I hope she finds help, and I hope she finds peace. But her personal pain does not cancel the rights of others. She has to learn to live in a world where others do not think the same way she does.

I wonder if the all the gay related organizations might actually be a negative influence on a gay person with great anxiety. Perhaps the persistent reinforcement of victimization by such groups itself causes increased anxiety? It seems to me the goal should be a society where your sexuality is “no big deal”, and maybe the radical “noise” isn’t helping advance the cause very well.

Certainly a possibility. Seems as though one’s focus should be on one’s studies.
Anyone enrolled at UVA is so very lucky. I would give the world to be young again and able to take advantage of all the incredible opportunities for learning there.

What goes through your mind that makes you think writing this makes any sense? Lol