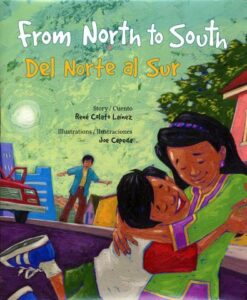 In case anyone thinks the left ever rests, the University of Virginia ed school has struck another blow to educate children as social warriors through its ”Educating for Democracy” project.

“Democracy is not a spectator sport; it requires our participation, and this participation must be oriented toward justice. To create a more just democracy, citizens must be able to critically assess systems of inequity and work collaboratively to redress inequity and create lasting change. Dialogue is central to the process and can be transformative. Frequent and effective dialogue can engender equity and inclusion for everyone.”

“We believe that K-12 students across the country have the power to embody these principles and shape America into the just democracy we all desire and deserve.”

So, since “we all desire” America to be shaped into a “just democracy” from it’s current, presumptively pitiful status, the Educating for Democracy project offers teachers free online lesson plans designed to create social justice warriors.

It is not possible for most to imagine the lengths that radicals will go to take control of the minds of very young children, so I will provide two directly-quoted examples below.

The enabling mechanism of the Educating for Democracy approach is to link those lesson plans, however tenuously, to existing Virginia Standards of Learning.

Certainly VDOE and the Board of Education will intervene to stop this .… just kidding.

Nothing to see here except a pairing of activist teachers, lesson plans designed to indoctrinate and wide-eyed kindergarteners.

Pretty much on the Maoist model.

Two examples for your consideration and that of Virginia’s kindergarteners.  Everything below is quoted directly.

Readers can make their own judgments.

Example 1.  FROM NORTH TO SOUTH

Title: From North to South

Virginia Standards of Learning (SOL) K.9:  The student will demonstrate comprehension of fictional texts: a) Identify the role of an author and an illustrator; b) Relate previous experiences to what is read; c) Use pictures to make predictions; d) Ask and answer questions about what is read; e) Use story elements of characters, settings, and events to retell stories sequentially using beginning, middle, and end.

Identify feelings and motivations of characters.

The story is written from the perspective of a young boy, José, whose mother has been taken from the United States and brought back to Mexico because she was an undocumented immigrant. He and his father are going to visit her in Tijuana, and José is very excited because he has not seen her in several weeks. When they are together, José is incredibly happy, and he is sad when he has to leave her at the end of the day to return to America.

1. How do you think José is feeling now that his mom is living in another country and he cannot see her all the time?

2. How do you think José’s mom is feeling now that she has to be separated from her son and cannot see him all the time?

a. How do you think you would feel if this happened to your family?

3. How do you think José and his family are feeling when they finally get to see each other?

4. How do you think they are feeling when they have to leave each other at the end of

the day? (This question is also used for the writing prompt.)

5. What might you tell José to help him feel better?

Virginia Standards of Learning (SOL) K.10: The student will demonstrate comprehension of nonfiction texts. a) Use pictures to identify topic and make predictions. b) Identify text features specific to the topic, such as titles, headings, and pictures.

1. What do you think should happen to the people who took the reservation land to make it smaller?

2. Should the Native Americans get that land back?

b. Even if it was taken from them a really long time ago?

3. Aslan talks about his experiences as a young protestor. Is there anything you could see yourself fighting for like that?

4. Do you think he is too young to protest?

5. Even though he was going to school at Standing Rock, he was breaking the rules by not going to regular school. Is it ok for him to break the rules to fight for something he believes in?

6. The oil company won their case in the Supreme Court to build on the land. Do you think that the Native Americans should keep fighting or follow the rules?

7. Why do you think that the oil company wants to build this even though it can make people sick?  Is their reason for doing it worth making people sick?

1. Why do you think that the oil company wants to build this even though it can make people sick?

2. Aslan talks about his experiences as a young protestor. Is there anything you could see yourself fighting for like that?