Larry Sabato Is Not the Problem at UVa 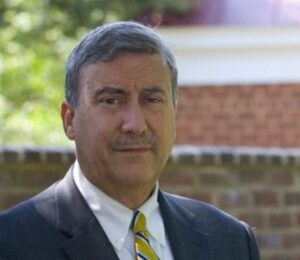 Rich Anderson, Virginia GOP chairman, is unhappy with the partisan bias of University of Virginia political-science icon Larry Sabato, whose tweets have turned bitingly anti-Trump. Anderson contends that eight of Sabato’s tweets from the past year appear to violate the university’s mission statement and faculty code of ethics.

“A reasonable taxpaying citizen can readily conclude that Dr. Sabato is demonstrating the rankest form of bitter partisanship,” Anderson wrote in a letter to University of Virginia President Jim Ryan. “In order to have faith in our institutions, it is essential that Virginians hold accountable those public employees and officials who violate institutional values, codes of conduct, and other guidelines of professional behavior.”

Anderson is entitled to his opinions, of course, as is Sabato. The question is whether the answer to Sabato’s bias is suppression of his viewpoint. 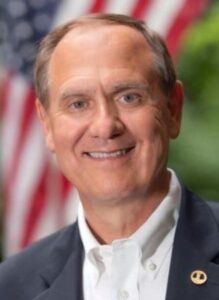 Are Republicans now endorsing cancel culture tactics — if the Left does it, it’s OK for GOP to do it, too? Fight fire with fire? I understand the temptation but I think it’s a big mistake. Republicans and conservatives should stand for protecting everyone’s right to free speech and expression.

The problem at UVa is not that Sabato and other left-leaning professors enjoy the freedom to speak their mind, it’s that the minority of conservative and even middle-of-the-road professors (and students) have been cowed into silence.

The answer is more free expression at UVa, not less.

In an interview with the Richmond Times-Dispatch, Sabato conceded that his tone has changed in recent years. He gave two reasons why — Trump and the Jan. 6 mob scene at the U.S. Capitol, which he called a watershed moment in American history. In an example of his commentary, he tweeted, “Trump, who governed on the edge of insanity for four long years, has gone over the edge. Yet millions of people and 90% of GOP members of Congress, still genuflect before this false god.”

By focusing on Sabato’s opinions of Trump, Anderson has chosen highly disadvantageous ground to fight his battle. At least half the U.S. population, most of the media, and probably 90% of University of Virginia faculty and staff agrees with Sabato. The odds of Anderson winning this encounter are about as good as General Pickett’s in his ill-fated charge up Cemetery Ridge.

Anderson should have picked a different battlefield. In the past, conservative views have been suppressed at UVa through social-media bullying, faculty favoritism, and the administration’s enforcement of Leftist orthodoxies, particularly in matters of race. The Board of Visitors recently adopted a set of principles on free speech and free expression, but the willingness of the administration to defend unpopular conservative voices has yet to be tested. Here’s the point: A much larger segment of the general population, the media, and even the university community is willing back the proposition that conservative speech should be permitted than are willing to back the proposition that Sabato should be punished for criticizing Trump.

A problem related to free-speech suppression at UVa is the increasing orthodoxy of the faculty. An older, more heterodox generation of Baby Boomer faculty members are retiring, and UVa’s deans are aggressively replacing them with Leftist faculty members. Anderson could win widespread sympathy for the view that Virginia’s higher-ed institutions should seek intellectual diversity instead of erecting cathedrals to left-wing dogmas. As Mao Zedong said in a 1957 speech, “Let a hundred flowers blossom and a hundred schools of thought contend.” (Mao abandoned the sentiment shortly thereafter, but the quotation has endured.)

Putting Donald Trump at the center of the controversy might play to the Republican base but it will do nothing to broaden the Republican coalition. Making the issue freedom of speech and intellectual diversity, by contrast, can win swing voters weary of left-wing cancel culture. Anderson needs to drop the attack on Sabato and focus on issues he can win.