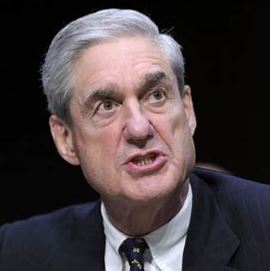 For some time I have been beyond disappointed by the deafening silence from the University of Virginia Law School over its apparent lack of concern with basic abuses of civil liberties. Once upon a time, lawyers zealously defended American civil liberties such as free speech and the right to counsel. Once upon a time, they abhorred government abuses in the defense and intelligence arenas. Once upon a time, they defended concepts like equal justice under the law, speedy prosecutions, fair trial forums, and the right to participate in all civic and economic aspects of our country.

Members of my father’s UVa Law School class of 1948 fought real Nazis. They not only understood law, they understood the evil of a society without it. In between his graduation in 1948 and mine in 1984, lawyers still defended these glorious abstractions – free speech, free assembly, fair trial, checking governmental abuse. I never had one professor who advocated stifling speech. I don’t believe any professor would have turned a blind eye to governmental agencies abusing citizens. I was too young for the McCarthy hearings, but I remember the Church Committee, Watergate, Viet Nam hearings, and Iran Contra.

Similarly, hearing nothing from UVA Law on the Inspector General’s report on FISA abuse seemed incomprehensible. Thirty-seven “errors” all going in the same direction and … nothing. Pressuring law firms to not represent Trump. Filing Bar complaints against the lawyers involved. Politicians running on the promise to prosecute Donald Trump (Cy Vance and Letitia James). Initiating a professional investigation against an expert witness for Derek Chauvin. Still crickets. The SDNY of the DOJ having a secret subpoena on Rudy Giuliani back to the Summer of 2019 – through the two impeachments (that, too) and the post-election period? No concerns about lawyer-client, spying on political opponents? Lawfare for your team is A-OK!

So I have finally reached this point with the announcement of the Robert Mueller class on the Special Prosecutor for the so-called Russian interference in the 2016 election. History is indeed repeating itself, and it would seem we either haven’t learned the lessons of past abuses or the civil liberties lawyers of previous eras were merely lying until they could obtain power and silence their political opponents.

The Russian interference claim was the greatest political witch hunt in American history. And UVa is celebrating it! The non-stop Leftist indoctrination that permeates all of UVa’s schools is bad enough, but celebrating proudly this travesty? The Class of ’48 is rolling in its graves. If UVa really wanted to be true to its educational function, this celebrated course would be a badge of shame for all involved. The FISA abuses, the manipulation of the press with the “pee tape” story, the coordination between Brennan and Comey to create a news story and report to President Trump with the leak to the press, spying on Carter Page, spying on the Trump campaign, an FBI lawyer creating a false document, the never-ending drum beat of “news” by the media, and on and on. Over 3,500 subpoenas, over 500 depositions, $32 million of expense for a team of lawyers who were overwhelmingly, if not exclusively, Democrat partisans? The square-jawed Bob Mueller could find nothing more than some process crimes and dubious charges committed by peripheral figures, yet he didn’t have the decency to clear Trump. Instead he slimed the president for “obstruction of justice,” in which the apparent offense was defending himself from bogus charges.

The ironies abound. Joseph Welch issued his famous question to Senator Joseph McCarthy – “Have you no sense of decency?” – while defending Fred Fisher, an associate lawyer who been in the National Law Guild, which was believed to be a Communist front. In a better America, people were not smeared for their associations and were allowed to have made mistakes in their earlier lives.

Bob Mueller and many on his legal team came from Wilmer Hale, a group of lawyers that punishes people for their political associations and uses the power of the federal government – its money, its spy agencies, its justice department, the ability to overcharge and wrangle plea deals, and the ability to inflict economic devastation through legal defense costs – to wreak vengeance on political opponents.

It is the outrage of outrages, and UVa is celebrating it. Atticus Finch weeps.