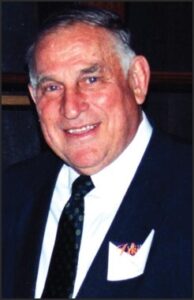 Aiming to address the lamentable decline in state/local news coverage, States Newsroom supports local news operations in 29 states, including Virginia. As Jim Sherlock detailed here, the nonprofit organization was launched in 2019 by the left-of-center Hopewell Fund, which itself is managed by the left-of-center Arabella Advisors. Its Virginia Mercury digital publication has made a valuable contribution to Virginia journalism by breaking many important stories. While the Mercury can credibly profess to be politically “nonpartisan,” its news coverage leans hard to the port side of environmental and social-justice issues.

In a nod to transparency, States Newsroom publishes the names of all individuals and groups that have contributed $500 or more since November 2019. One of the names listed is the “University of Virginia Alumni Association.”

Conservative UVa alumni might ask themselves the question: Why is their alumni association contributing funds to a left-of-center news organization?

I posed that question to Richard Gard, vice president of communications for the association. It turns out that the alumni association did not make the contribution. Rather, it acted as a pass-through for another UVa-affiliated entity.

And therein lies a story illustrating the opaque organizational structure of the University of Virginia and its Oort Cloud of satellite foundations and affiliated groups. END_OF_DOCUMENT_TOKEN_TO_BE_REPLACED

We had an introductory full page ad in the last edition of the Magazine: END_OF_DOCUMENT_TOKEN_TO_BE_REPLACED