The reasons I decided to return to this debate are all shown above, as well as my review of your last letter. I am deeply concerned about the health of The Honor Code, headlines which demonstrate the reputation of the University has been tarnished, as well as the financial damage caused by lost donations, all of which will continue unless you fulfill your fiduciary duties to the University and the
people of the Commonwealth of Virginia. END_OF_DOCUMENT_TOKEN_TO_BE_REPLACED 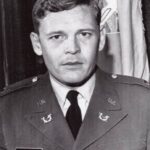 Aubrey M. Daniel III, an alumnus of the University of Virginia and the University of Richmond law school, made his name as a young Judge Advocate General captain who successfully prosecuted the court-martial of Lt. William L. Calley Jr. for his role in the infamous My Lai Massacre. Daniel went on, after his military career, to become a top litigator with the Williams & Connolly LLP law firm.

Letter from an alumnus…

“We ought not to die before we have explained ourselves.”
–Thomas Jefferson

I have read your response and the advice given to you by University Counsel, Timothy J. Heaphy, both dated September 29. Rather than characterizing your response as a “Statement in Support of the Administration,” wouldn’t it be more accurate to say it is your defense of President Ryan’s conduct and not that of the entire administration? However, if you were involved in making the decision to do nothing, that decision should be more carefully scrutinized. It certainly could reveal a bias in your evaluation of President Ryan’s conduct.

I was somewhat surprised that President Ryan did not respond on his own behalf to my letter. Now he has in his statement, “Great and Good Revisited,” on October 02 and in his message to me on October 05.

END_OF_DOCUMENT_TOKEN_TO_BE_REPLACED

Re: The “FUCK UVA” Lawn Doors

“Where would you be without Thomas Jefferson?” You wouldn’t be the President of The University of Virginia because it would not exist. The Presidency of The University is a great honor and carries with it great responsibilities including protecting a very important piece of public property.

This is not the first time I have written a letter to a President. Almost fifty years ago, I wrote a letter to then President of the United States, Richard M. Nixon. Like today, it was a turbulent time in our country. The country was divided over the War in Vietnam.

At that time, I was 29 years old, a graduate of The University and T. C. Williams School of Law, and a JAGC Captain. I was the chief prosecutor in the court-martial of Lt. William L. Calley, Jr. for his role in the My Lai Massacre, the slaughter of old men, women, children, and babies. Those victims were “the enemy” in the eyes of some and “inhuman gooks” in the eyes of others. Though they were not white, the color of their skin made no difference to me under the law. I strongly believe ALL lives matter. The verdict caused the greatest national reaction of any case ever tried. It had been an  enormous responsibility for me to reveal to the world the truth about what happened in My Lai. It was a painful experience both for me and for the country. END_OF_DOCUMENT_TOKEN_TO_BE_REPLACED