UVa Needs Facts and Reason, Not an Opinion Survey 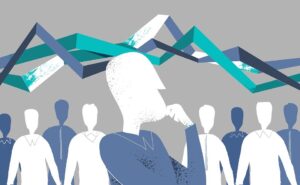 Recently Jim Bacon argued that the University of Virginia needs to conduct another Climate Survey to compare the results with the one conducted in 2018. He argued as follows:

The premise of the Ryan administration is that making African-Americans feel more welcome at UVa requires rooting out the racism endemic in the old system, and the only way to extirpate that racism is to make “anti-racism” (as defined by leftists) the university’s number-one, all-consuming preoccupation. If that premise is correct, then one would expect African-Americans to give higher scores in a survey given today.

But there is a different view: that the obsession with race feeds the sense of minority victimhood, grievance and alienation, and encourages minorities to be hyper-sensitive in their interactions with others. In this view, the predictable result is that Blacks will feel less welcome and experience less belonging — precisely the opposite of what President Ryan wants to achieve.

There is only one way to find out: conduct another survey.

It’s high time we find out whether the sweeping changes implemented by [President Jim] Ryan are having the desired effect.

Color me skeptical.
The Ryan administration’s program of institutional transformation through diversity, equity and inclusion (DEI) is ideologically driven and based on a false premise that predates the 2018 climate survey.

Ryan has said the events of August 2017 provide proof that the university needs to continue to pursue equity and inclusion. He was quoted as saying, “The ideology underlying the whole march was that some people are worthy and some people aren’t. It was targeted at people of color and Jewish people. I think the only way to combat that is to double-down on the fact that is not what UVA is about.”

In short, Ryan wants to prove that UVa is not a racist institution. To whom and by what metrics remain open questions.

But UVA had nothing to do with the alt-right demonstrations in August 2017. Appropriate condemnation of their white nationalist views came swiftly from the then-Rector Frank Conner and then-President Teresa Sullivan.

Since the early 1970’s, the University has bent over backwards to matriculate women and people of color from all socio-economic backgrounds while maintaining the highest academic standards and promoting a strict code of honor. Character and competence have always been the core values of the University.

In other words, UVa has nothing to prove and is not in need of institutional transformation.

The fundamental mission of UVa is to educate thinking, reasoning adults for participation in a self-governing republic. In correspondence about his new University, Mr. Jefferson wrote “for here we are not afraid to follow truth wherever it may lead, nor to tolerate any error so long as reason is left free to combat it.”

Higher education, by its very nature, requires students to exercise control over their own emotions and respond to adverse ideas with facts, reason and civility.
But the administration’s response to the events of 2017 has gone well beyond the appropriate use of reason to combat an ideology anathema to nearly everyone and inconsistent with the founding ideals of America itself.

Sullivan appointed a working group to review “how to heal the anger and fear” the demonstrators left behind. President Ryan’s reliance on a climate survey focuses on feelings, not thoughts, ideas or reason. The language of “healing” and “feelings” is the language of psychotherapy, not education.

Joel Gardner has demonstrated how the DEI program threatens the core foundations of academic free speech and is likely, at least in part, unconstitutional.

But it is worse than that. The administration’s DEI program is slowly transforming the day-to-day work of the University from education to therapeutic support for every petty grievance or perceived microaggression.
Thus, the question is not whether the DEI program is “working” as demonstrated by a climate survey. The question is whether the program, as implemented, is consistent with the core mission of the University.

I would hold that it is not.

The Board of Visitors has tolerated this “error” for at least two years and running. Perhaps it is time to “combat” it with “reason.”

Charles L. Weber, Jr. is an attorney and UVa graduate living in Charlottesville. He serves on the board of The Jefferson Council.

Splendid idea. Hope Ryan heeds this post that is, if he reads it.