Why Is UVa Hiding Its Campus Survey Results? 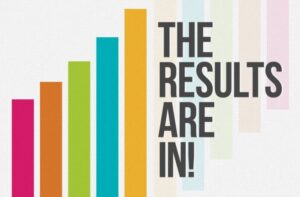 … but you can’t see them! (Image credit: scwgl.org.uk)

Jim Bacon recently posted an article urging Governor-elect Youngkin to take full advantage of his higher-ed Board of Visitors appointments if he wishes to remain true to the education reform momentum that played a big part in his election. Bacon’s bits (pun intentional!) on the Boards as political plums with a go-along-to-get-along chumminess seemed dead on to me. In truth, academia is a different world. A far different world.

I came out of the corporate world. I worked as counsel in an NYSE company and a private equity company for large insurance brokerages. Governance from the academic world is something I intend to address in a complete, and fair, manner later, after gathering a great deal more info. In the meantime, permit me to share one example of how governance works — or doesn’t work — in academia.

After the 2017 Unite the Right riot in Charlottesville, the University of Virginia took many actions in response. One result was the Racial Equity Task Force report. Another was the formation of the Deans Working Group, headed by Risa Goluboff of the law school. Goluboff made four proposals to the Board in March of 2018, all of which were approved.*

One of those approvals allocated $80,000 to a “university-wide campus climate survey.” This survey, paid for by Virginia taxpayers, has never been released. Why? Given the BoV approval, does it not belong to the public?

UVa’s own institutional research experts conducted this survey. You can see many other surveys published here, including the highly publicized 2015 Campus Climate Survey on Sexual Assault and Sexual Misconduct. Conspicuously, one cannot find the deans’ BOV-approved survey.

I wondered why this report was different. Could the findings have been inconvenient for the administration’s social-justice agenda? I filed a Freedom of Information Act request to obtain the survey. UVa withheld it on the grounds that it was exempt “scholarly research.”

I found the exception to be transparently absurd. The survey was conducted for the purpose of informing policy decisions by administrators and the Board of Visitors, not for scholarly research. So, I filed suit in Henrico County General District Court.

I lost the case. I won’t bore you with the arcane knowledge I have acquired about “Institutional Research Boards” and “human subject research,” but I can tell you this: a FOIA plaintiff is at a distinct disadvantage in district court, arguing for documents he has never seen against people who specialize in this area of the law and have intimate familiarity with institutional processes. How many inquiries for documents at UVa, or any other public body, are frustrated by the claiming of an exception, or by an inflated cost estimate, and the expense and uncertainty of filing a lawsuit?

In any event, I plan to file a new suit in the Circuit Court. I have been told by academics that this work, while performed by scholars, is not “scholarly research.” It was conducted for administrative purposes, and is therefore subject to public disclosure. If you examine almost any large school, you will find somewhere on its website these types of surveys, readily and publicly available.

How exactly does this unwillingness to produce a study paid for with public funds and approved by the Board square with the Board’s, and UVa’s, “unequivocal” support of free expression and free inquiry? Is the Board, or the administration, afraid to “…follow truth wherever it may lead?”

It seems that way to me.

* Please read pages 10627-10629, and see Attachment 2, page 62 of the PDF, which details over $120 million of expense as an answer to Unite the Right, before publication of the Racial Equity Task Force report.)

There seems to be a lack of transparency within the UVA administration. Makes one wonder if there is something to hide.