Category Archives: Board of Visitors

How UVa Responded to Grief 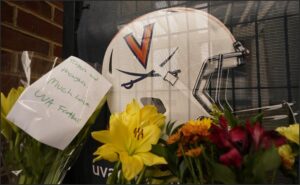 The shooting of five University of Virginia students Nov. 13 on a bus back from a field trip in Washington, D.C., was understandably traumatic for the young people who witnessed the horror, as it was for family and close friends of the victims, three of whom died.

Indeed, the event was a trauma for the entire UVa community, and the administration treated it as such. The University responded by launching into full therapeutic mode: canceling events and classes, giving students a pass/fail option in their courses, mobilizing counselors, and creating safe spaces.

“There is still profound sorrow and loss that we’re all feeling,” President Jim Ryan said Friday in briefing the Board of Visitors about the administration’s response to the shooting. The horror impacted far more than the homicide victims and those who witnessed the shootings, he said. The circle of those affected included medical professionals who responded to the shooting, football teammates, friends, roommates and students who sheltered in place during the search for the killer. “This had a large ripple.”

Ryan listed key actions the administration took. Classes were canceled for two days. Events were canceled or rescheduled. Gathering spaces were set up where students could commiserate. Walk-in counseling was made available along with therapy dogs to comfort those in grieving. A basketball game was canceled, as was the remainder of the football season.

Provost Ian Baucom explained that the administration was concerned that the impact might linger and affect students’ ability to function academically. He asked faculty to provide maximum flexibility to allow students to deal with their grief and get them through the exam season, which wound up last week. END_OF_DOCUMENT_TOKEN_TO_BE_REPLACED

Posted in Administration, Board of Visitors, Student health, safety, welfare

Like employers around the country, the University of Virginia is experiencing major staff shortages. The problem is serious enough that it warranted a discussion during last week’s Board of Visitors meeting.

President Jim Ryan attributed the workforce challenges mainly to “the Great Resignation,” or the increasing willingness of employees during the wind-down of the COVID-19 epidemic to quit their jobs in search of better prospects elsewhere.

Looking ahead, UVa will pay greater attention to hiring, recruitment and retention, Ryan told the Board. He also made some useful suggestions. The university will review open positions to see if the listed educational credentials are truly necessary to perform the job. The university will increase its commitment to training so employees can rise within the organization — better to encourage people to move from one part of UVa to another than lose them altogether. An even more promising idea came from a Board member that if a position remains open for months and the place doesn’t fall apart, maybe it’s not really needed.

There’s one more thing, I humbly suggest, that UVa can do to expand the pool of potential applicants — eliminate mandatory diversity statements in job applications and employee reviews. END_OF_DOCUMENT_TOKEN_TO_BE_REPLACED

Posted in Board of Visitors, Race, Equity and Diversity 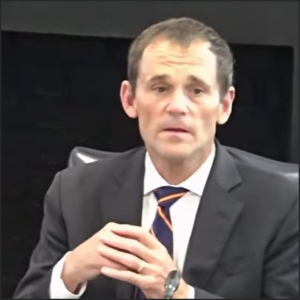 Seated next to Clement in the board meeting, Ryan did not expand upon the rector’s remarks in any way. But UVA Today, the mouthpiece of the administration, published an article summarizing Clement’s speech and repeated Ryan’s two-year-old quote. No other board members or university officials were given an opportunity to comment. END_OF_DOCUMENT_TOKEN_TO_BE_REPLACED

How a Lie Is Born 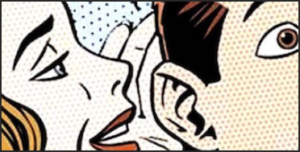 It is horrifying to watch in real time how the media generates falsehoods and then spreads them without correction. About two weeks ago The Cavalier Daily, the student newspaper at the University of Virginia, published an article about a 47-year-old controversy in which Bert Ellis, who then was a tri-chairman of the student union and now sits on the UVa Board of Visitors, invited William Shockley, a racist and eugenicist, to speak at the university. The story, shorn of critical context, spread to the Democratic Party of Virginia, then to the Washington Post editorial board, and most recently to the Richmond Times-Dispatch.

Insinuated but not stated baldly, is that Ellis is a racist. In its latest mutation, the lie is used to build a case that Governor Glenn Youngkin, who appointed Ellis to the board, is, in the Post’s words, “racially obtuse.”

Bert Ellis is a colleague of mine. We serve together in the leadership of The Jefferson Council, which is dedicated to upholding the Jeffersonian legacy at UVa. I don’t know him intimately, but I have gotten to know him pretty well. I have heard him speak candidly on a host of incendiary issues, and I’ve never heard him utter a racist sentiment.

With this column, I’m putting Virginia’s mainstream media on notice: Stop it! You’re treading dangerously close to libel. You can no longer claim innocence of the facts. If you persist, you deserve to be sued. END_OF_DOCUMENT_TOKEN_TO_BE_REPLACED

Posted in Board of Visitors, Speakers, Panels and Events

A Shameful Shallowness of Intellect

The University of Virginia Student Council has called for the immediate resignation of alumnus Bert Ellis from the Virginia Board of Visitors, and chastises Governor Glenn Youngkin’s decision to appoint him as “rewarding behavior that endangers students.”

Ellis stands in a long line of violent racist oppressors, says the proclamation. “From the bondage and abuse experienced by enslaved people, to the violent occupation by Nazis and KKK members, to Bert Ellis — the Lawn is no stranger to racist violence under the guise of ‘Jeffersonian ideals’ in order to maintain power for the white elite.”

No, Ellis hasn’t marched in neo-Nazi rallies. He hasn’t burned any crosses. He hasn’t even used the N-word. His primary offense was a professed intention — never acted upon — to use a small razor blade to cut the infamous “Fuck UVA” sign from the door of a Lawn resident. “Whether or not Ellis used his blade, whether or not Ellis threatened the student directly,” the Council statement declared, “his conduct is reprehensible.”  END_OF_DOCUMENT_TOKEN_TO_BE_REPLACED

Posted in Board of Visitors, Freedom of speech and expression, Governance, Leftist orthodoxy

Asleep at the Wheel 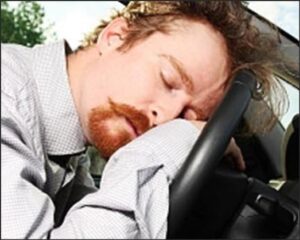 Letter to the University of Virginia Board of Visitors from Walter Smith.

I expect you will ignore me, as usual, but, for purposes of establishing a record when the time for your contextualization comes, I must document your many failures and refusal to do your fiduciary duties, because I believe, if you had any honor, you would resign.

You have the distinct honor of being in charge of one of the world’s premier public universities, with an historic legacy few other schools could match: a UNESCO World Heritage site designed by Thomas Jefferson, author of the Declaration of Independence, third President, author of the Religious Freedom statute, and perhaps history’s greatest proponent of free speech. The University of Virginia was Jefferson’s dream, established as a public university to pursue truth wherever it may lead.

Supposedly, you have been trained in your duties as Visitors. I sincerely doubt it. I have reviewed the Board Manual and the Board Basics booklet. The Board Manual’s first two duties list (1) the preservation of the ideals and traditions of the University and particularly encouragement of the maintenance of the Honor System by the student body and (2) the establishment of general education policy. As the recently released Alumni Association survey showed, support for the Honor System has dropped precipitously over the last 20 years, and the “single sanction” was overwhelmingly defeated in a March vote. END_OF_DOCUMENT_TOKEN_TO_BE_REPLACED

Posted in Board of Visitors, Governance, Honor code, Leftist orthodoxy 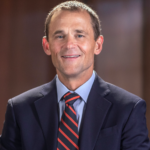 The University of Virginia Board of Visitors voted unanimously Friday to extend President Jim Ryan’s employment agreement for three years to 2028. His existing contract doesn’t expire until 2025.

“Jim Ryan has been a strong and focused leader for this community under extraordinary circumstances,” University Rector Whitt Clement said, as quoted by UVa Today. “We are pleased that he has agreed to this extension and look forward to what the institution will accomplish under his leadership in the coming years.”

UVA Today, the house communications organ of the Ryan administration, provided no explanation of why the Board thought it necessary to act now to extend a contract that lasts another three years, or why, if the Board was pleased with Ryan’s performance, it could not just pay him another bonus as stipulated in his contract. Last year, the Board granted Ryan a $200,000 bonus on top of his $695,000 salary. END_OF_DOCUMENT_TOKEN_TO_BE_REPLACED

Posted in Board of Visitors